A Saskatoon Queen’s Bench judge has ordered the termination of the Prairie Heights Condominium Corp.(PHCC), and has granted the administrator the authority to proceed with the sale of the building.

The city's fire department began clearing out the building in April before totally shutting it down at the start of May due to ongoing concerns about health and safety inside the high-rise.

Owners CTV News has spoken with blame the building's decline on landlords who own multiple units and lease them out.

In a court appearance on Nov. 5, 2021 Justice D.B. Konkin, issued a termination and sale order effectively giving the PHCC administrator Clayton Barry, the authority to terminate the condo corporation, and take the necessary steps to put the building up for sale.

Barry told CTV News this is the first time in Saskatchewan that a judge has granted a termination and sale order for a condo corporation.

"The owners of PHCC are breaking new ground," Barry said. "We’re not aware of this happening before in Saskatchewan."

"We’re going to have 44 condo units, those will be converted to one land title and owners will have a share of the title."

The court order also extends Barry’s role as the PHCC administrator for another 180 days beginning Nov. 23.

In Sept., Barry issued a cash-call to the condo owners of Prairie Heights seeking thousands of dollars in levies to help fund repairs for the now vacant and barricaded condo tower on 20th Street West. 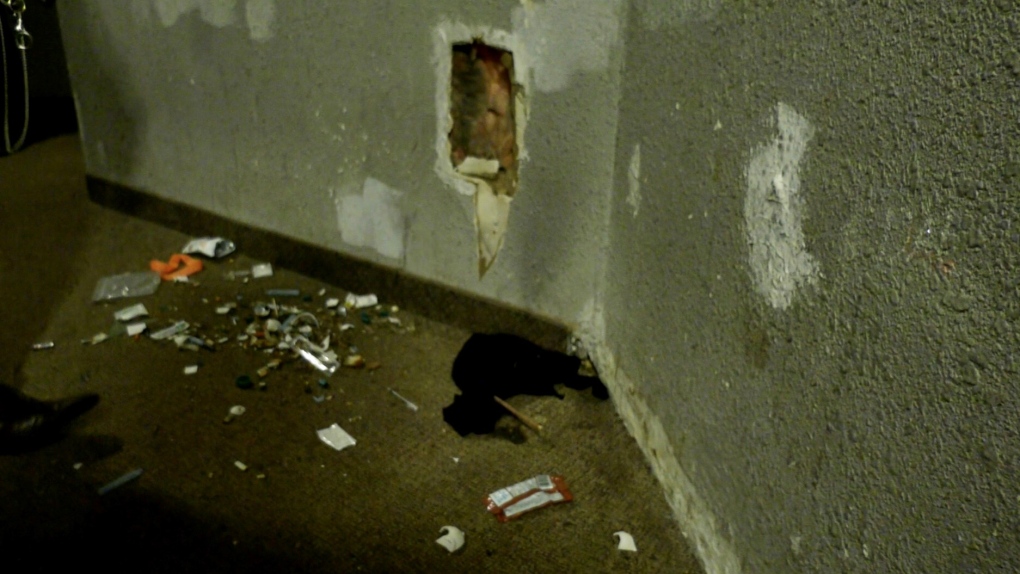 The Prairie Heights building is in disrepair, with many outstanding issues and garbage visibly littering hallways and stairwells. (Francois Biber/CTV Saskatoon)

The list of repairs included fixing the elevator, eradicating a cockroach infestation, fixing fire suppressions systems and cleaning up biohazard and human waste.

In the judge’s order, Barry has been granted the authority to take all the steps necessary to list the building for sale and begin taking offers.

Barry said he’s already fielded a number of calls from prospective buyers. The judge’s order states the building cannot be sold for any amount less than $1.495 million.

"I’m hoping to find a buyer who can turn it into a place people want to call home," Barry said in a telephone interview. "It’s big for the community because it’s going to create some renewal in that part of the city."

The building is being sold as-is, according to Barry, and once the sale is finalized, an excess of $90,000 from the sale will be paid to the City of Saskatoon for outstanding repairs done earlier this year, services provided by the Saskatoon Fire Department and the Saskatoon Police Service, plus outstanding utility bills and tax arrears that have been building up for some of the condo owners.

"Tragic side is, we still have owners that lost their home, they had nice units, and that’s hard to get past," Barry said.

The tower was officially boarded up by the Saskatoon Fire Department in May after inspections found a slough of issues creating an unsafe living space. Fire inspectors found hazards including suites with no water service, sewer waste backup and missing copper wire in some suites, according to the department.

The Prairie Heights building is in disrepair, with many outstanding issues and garbage visibly littering hallways and stairwells. (Francois Biber/CTV Saskatoon)

Missing oven doors and ovens being used as a heating source and human waste, were also found according to the department.

Once those outstanding bills are paid, condo owners will be able to make submissions for how much each owner should receive from the sale of the building, Barry said.

“We don’t know when it’s going up for sale, it could be as early as next week,” he said.

Prairie Heights has been a hotspot for crime with police recording 410 calls for service in 2020.

Surveillance video captured inside the tower painted a startling picture of the challenges residents faced there.

One resident who spoke with CTV News in February said he slept with a sword within reach because he feared for his safety.