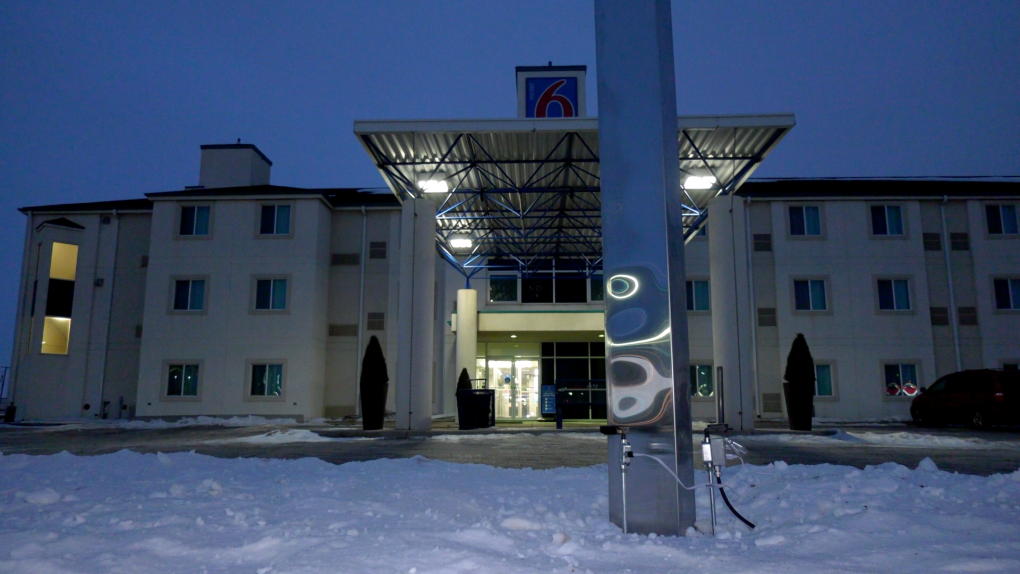 This Jan. 5, 2020 shows a monolith that was mysteriously placed in a Saskatoon motel parking lot overnight. (Dale Cooper/CTV News)

SASKATOON -- An enigmatic monolith that has appeared in front of a Saskatoon motel has left staff scratching their heads.

While not quite a remote canyon in Utah, a hilltop in Romania or even a bit of Toronto shoreline, the structure's presence in front of the city's Motel 6 location on Marquis Drive has a similar air of mystery as other recent monolith sightings.

"It showed up last night," the motel's manager Roberta Davenport told CTV News over the phone.

While the gleaming chrome structure appears a little otherworldly, thanks to the presence of accent lighting at the bottom of the sculpture, it seems decidedly human-made. 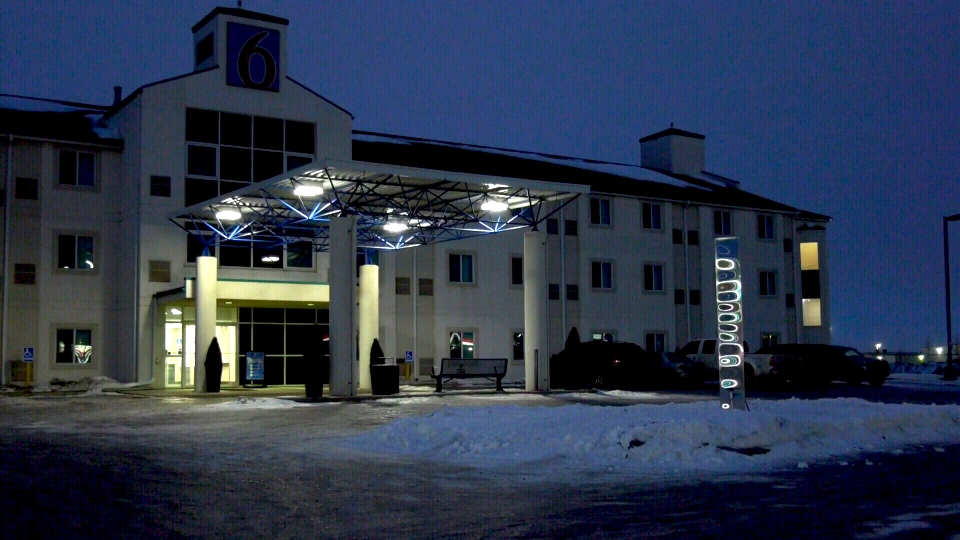 Davenport said she would be "making calls" and speaking with staff to try and solve the riddle of how it came be in front of the motel.

Meanwhile, she said it's attracting the attention of curious guests and customers from a nearby Tim Hortons.