'I’m so sad': Artists disappointed but understanding after Junos cancelled in Saskatoon 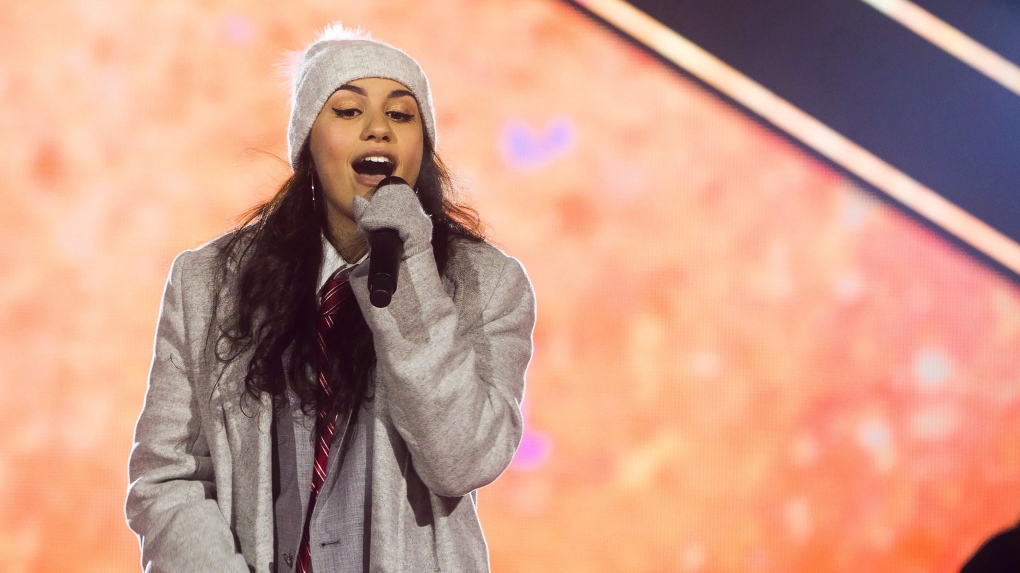 Alessia Cara performs during the half time show at the 106th Grey Cup between the Calgary Stampeders and the Ottawa Redblacks in Edmonton, Alta. Sunday, Nov. 25, 2018. THE CANADIAN PRESS/Jason Franson

SASKATOON -- Canadian reggae artist Jay Douglas found out that the Juno Awards Show had been cancelled on his flight to Saskatoon.

“I look, I saw ‘cancelled.’ I said ‘whoops.’ This is it. I look forward to coming and partying in Saskatoon, Saskatchewan. But some good will come of it,” said Douglas, who was nominated for Reggae Recording of the Year.

The show and related festivities were cancelled Thursday due to concerns over the spread of COVID-19.

Several artists, out of town media and other industry people arrived at the Saskatoon International Airport Thursday and were trying to catch flights back home after hearing the news.

In a tweet, she said “I’m so sad (as is everyone putting together the show) but it wouldn’t be safe or smart to put thousands of people in an arena right now.”

Cara said she hopes there’s a way to make it up to fans and those involved but that she has no further information.

Kalista Wilson of Girl Pow-r, the first-ever children’s group to be nominated for Children’s Album of the Year award, is taking the news in stride.

“We’re going to get through this once this is all over. We’re going to have Junos in the future and of course, you’re still nominated for a Juno,” she told CTV News.

The Juno Awards Show was set to take place on Sunday at the SaskTel Centre, with the red carpet happening out front in a large tent.

“A lot of energy from the host committee was put into preparing for a great event and a great experience for the guests and the artists and now it’s not going to happen,” he said.

Ford and his team have been planning and preparing for the Junos for the past year. The stage was already set up.

He said the Junos were expected to bring in about $9 to $12 million.

“You have all these people coming into the city, staying at Saskatoon hotels, shopping in Saskatoon stores and it draws thousands of people, new visitors into the community,” Ford said.

Eric Alper, a music publicist from Toronto, said his heart goes out to all of those involved.

“It is a big, devastating blow I think to not only a national audience, but just being able to recognize what this country has to offer in terms of Canadian music. It’s something that I don’t think anybody has taken lightly when it comes to making the final decision to cancel the Juno Awards,” he said.

The Junos committee said it’s looking for other ways to honour this year’s Juno winners and special award recipients.