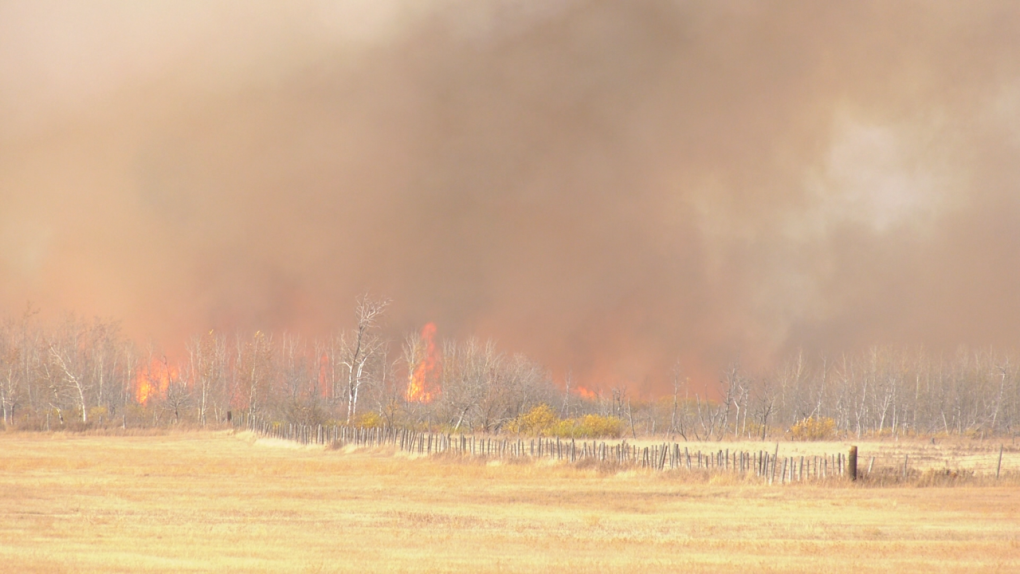 SASKATOON -- Fire crews are still fighting few flare-ups after a grassfire that started Thursday around 2:15, east of Dalmeny.

Several residents in the area were evacuated but have since been allowed to return home as the fire is under control, according to Dalmeny Police Chief Scott Rowe.

The initial grassfire is speculated to have started by work on the train tracks, Rowe said.

Fire crews may be out fighting the flare-ups for a few days as they are spread by wind, Rowe said

He said pasture land and some old vehicles were damaged by the fire but no homes were affected.