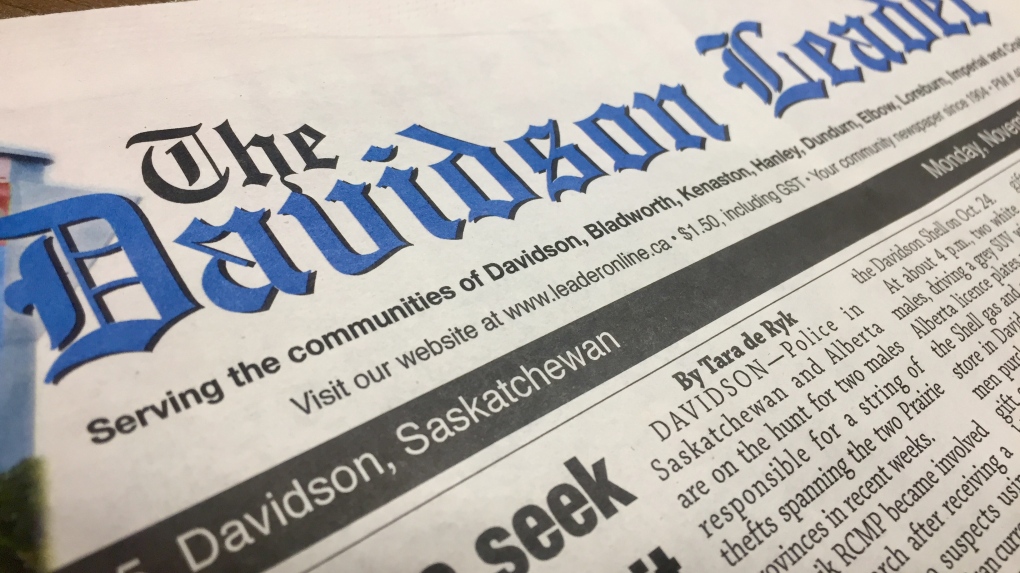 A recent issue of The Davidson Leader. (Laura Woodward/CTV Saskatoon)

SASKATOON -- A Saskatoon newspaper owner has won a writing contest for the right to own The Davidson Leader.

"It was a good fit for us to take on that business. It's pretty interesting too, because communities like that value a newspaper greatly," Dan Senick told CTV News.

Readers in rural communities are looking for stories about local people, hockey teams or school events, for example, which they can't get in any other format, he said.

The current owner of the Leader, Tara de Ryk, decided in September to close the paper by the end of the year to spend more time with her husband and three children, who live in Saskatoon, and her parents, who live in Ontario. After having no takers, she held a contest asking for 500-word editorials on a proposal for taking on the business.

She selected Senick, who started the local community newspaper yourSaskatoonnews after being the general manager of the Saskatoon Express community newspaper. Before that he was director of sales for a group of newspapers including the Prince Albert Daily Herald and other weeklies.

He has a team of people with extensive experience in the newspaper and community newspaper industry, with a strong sales and marketing component, de Ryk said. They'll be able to publish a Jan. 13 issue without her having to teach them anything, she said.

"I find it funny; I'm being replaced by a team of people."

The last issue of the paper with her at the helm ran off the presses Dec. 16. She's been so busy trying to meet deadlines that she hasn't had much time to reflect on the end of her tenure, she said. It might not hit her until a month or two down the road, she said.

"I hear of things happening or news and I get excited, 'Oh, I can take a picture, write a story.' And I'm like, 'Ah, no I can't. That’s bittersweet."