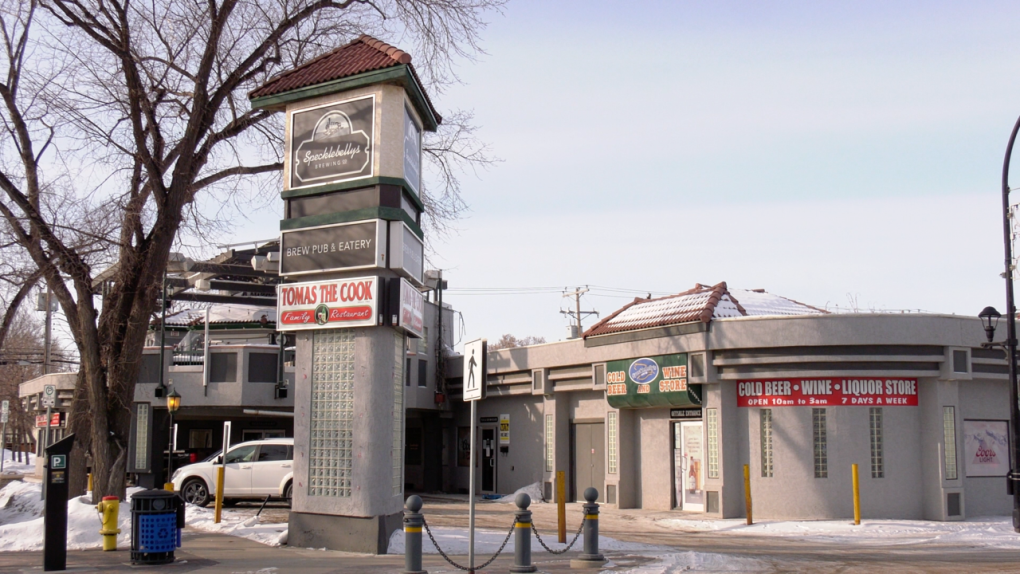 Specklebelly's Brew Pub in the city's Sutherland neighbourhood was fined $14,000 last week according to the Government of Saskatchewan. (Chad Hills/CTV Saskatoon)

SASKATOON -- The province has again slapped a Saskatoon bar with a fine for allegedly violating the current COVID-19 restrictions.

Specklebelly's Brew Pub in the city's Sutherland neighbourhood was fined $14,000 last week according to the Government of Saskatchewan.

In a news release issued Tuesday, the province said the fine stemmed from a "failure to abide by public health orders."

Bud's on Broadway received a $14,000 ticket last week, a penalty the bar's owners said they plan to fight in court.

Crackers Restaurant Lounge and Karaoke Bar was fined $14,000 after being the site of a potential super-spreader event linked to dozens of COVID-19 cases.

As it announced the latest fine involving a bar, the province also provided a glimpse into its enforcement practices surrounding coronavirus-related public health orders.

Eighteen different locations were visited by public health inspectors in Regina and Saskatoon on Feb. 7, according to the province.

During the inspections, public health did not identify any breaches that "warranted enforcement," the province said.

On Tuesday, the Saskatchewan government extended its current COVID-19 restrictions until March 19.