Will jotted on napkin at Sask. McDonald's is valid, judge says 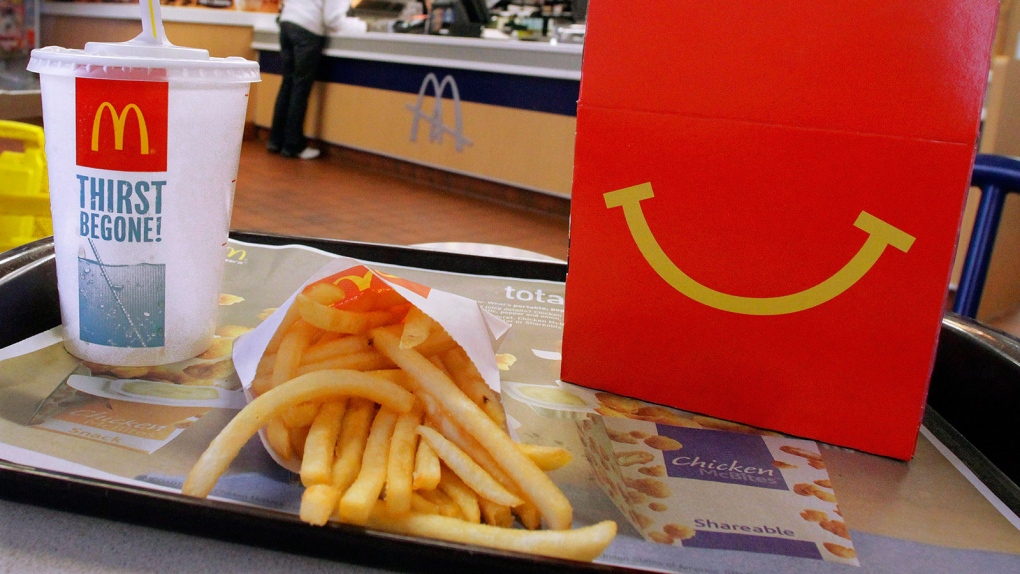 In this Jan. 20, 2012 photo, the McDonald's logo and a Happy Meal box with french fries and a drink are posed at McDonald's, in Springfield, Ill. (AP / Seth Perlman)

SASKATOON -- A Saskatchewan man’s undated will written on a McDonald’s napkin is a valid document, a judge ruled.

"In Saskatchewan, holograph (handwritten) wills and wills commonly called 'formal' wills are both recognized as valid wills. Often, though, holograph wills are drawn so informally that the court is uncertain whether the author of the document intended to create a will. That is the issue now before the court," Justice D.H. Layh said in his written decision.

Philip Langan died Dec. 30, 2015. According to Layh's decision, after his death his son, Ronald, and daughter, Sharon, produced the document, saying Philip had written it while thinking he was having a heart attack.

Another of Philip’s children, Maryann Gust, had doubted it was actually his will. She said she had no written document bearing his handwriting with which to compare the purported will; her first name was incorrectly spelled “Marann;” and she said her father told her in November 2015 that he would not leave a will because “he wanted us kids to fight like he had to,” according to the ruling.

However, Ronald said he drove his father to the Yorkton McDonald’s location in May or June 2015 and arranged to pick him up later. He said he was not present when the document was written but was aware other people were present and observed him writing it.

Sharon said that her father would often mention: “Sharon has my will, that napkin.” Sharon also said the handwriting on the napkin is her father’s and that she saw him sign his name on it when he later gave it to her, saying it was his will.

The will called for his property to be split evenly between his seven children who were alive at the time. One son, Earl, who had previously died, was not listed and another died before Langan did.

Layh found sufficient evidence that Mr. Langan had the requisite intention to create a will.

“Mr. Langan’s immediate delivery of the will to his daughter, Sharon, and the comment he made to her – as evidenced by both Sharon and Philip’s statements – that she keep the document in case something happened to him, shows a clear testamentary intention.”

The Feb. 20 Court of Queen’s Bench decision was academic, as the family had already planned to ensure that Earl’s children would inherit a share of the estate.