'We’re heartbroken': Vigil held for 23-year-old Saskatoon woman who died after being hit by a vehicle in parking lot

SASKATOON -- A candlelight vigil was held Monday night for a 23-year-old woman who died after being hit by a vehicle in a Saskatoon parking lot over the weekend.

Dozens of Kionna Nicotine’s friends and family gathered in the parking lot in the 700 block of Appleby Drive where she was  struck and killed around 4:30 a.m. on Saturday,  according to police.

People left candles, bouquets of flowers, photos and a sign with Nicotine’s name on it in the parking stall where she died. A “no parking” sign has also been placed there.

Nicotine’s mother and grandmother, along with a handful of others, shared a few words about how she was a loving, caring and funny person. 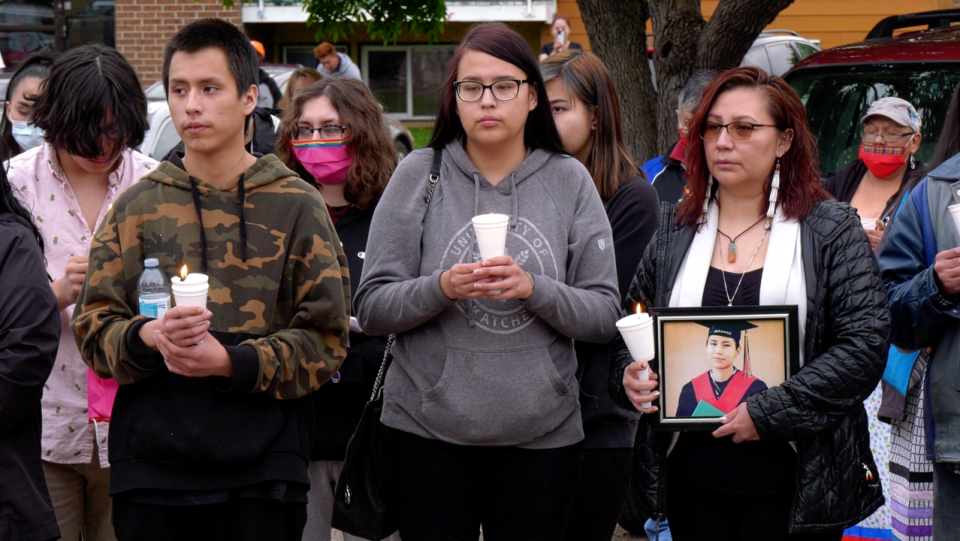 “She does practical jokes on anybody. She was a good role model to the younger generation, to her siblings and her friends,” said Connie Beauchene, Nicotine’s grandmother.

She said it means a lot to her that so many people came out to honour Nicotine’s life and offer prayers.

“We’ve had a lot of support during our difficult time. It lifts our spirits up and we know that they care for us. That’s why they’re here,” Beauchene said.

Stacey-Marie Antoinette Stone, 22, was charged with impaired driving causing death in connection to the incident. Stone appeared in court Monday and is scheduled to appear again on Wednesday.

Stone was a best friend of Nicotine’s for 12 years and her mother attended the vigil. At one point, Nicotine’s mother, Vanessa, pointed her out in the crowd and called her over to give her a hug, while explaining that she forgives Stone for what happened and believes that it was an unfortunate accident.

Beauchene echoed this, saying “it wasn’t Stacey’s fault. We forgive her. We love her, we will keep praying for her.”

Derrick Clauschee, a pastor at Potter’s House with the Christian Fellowship Ministries, is close with Nicotine’s family and said he met them at his church when he first moved to the province from Arizona a couple of years ago.

He said forgiveness is crucial.

“You got to learn to forgive. You can’t hold it up in your heart, let it bottle up. You got to release that. And that’s part of the healing process,” Clauschee said.

Instead, Nicotine’s family wants to use this tragedy as a way to raise awareness and help prevent similar incidents from happening. 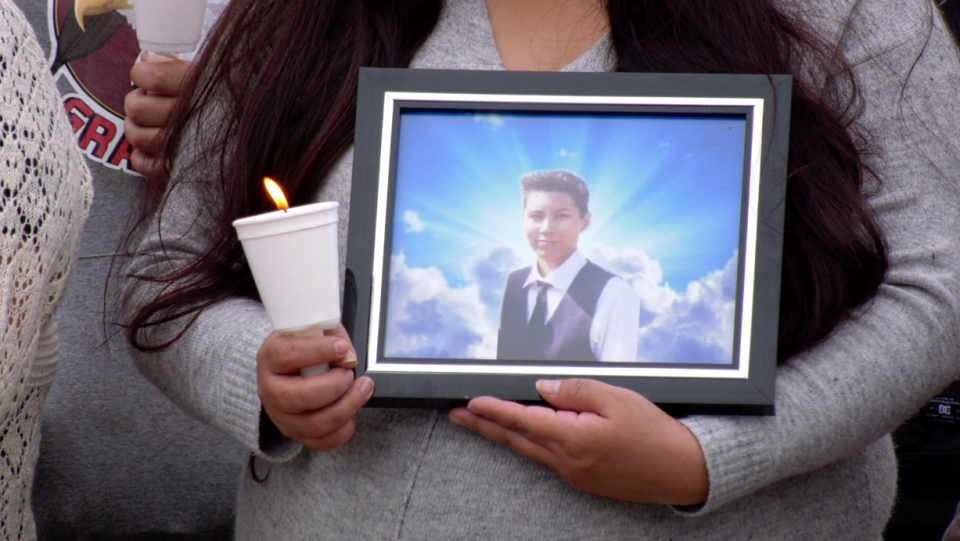 “We don’t want another family to go through what we’re going through right now. We’re heartbroken because alcohol and drugs were involved,” Beauchene said while holding back tears.

The family has also set up a GoFundMe page in Nicotine’s honour to raise money for a scholarship for the LGBTQ community.

Nicotine’s family told CTV News that she was an advocate for people in the LGBTQ community and helped encourage many to accept and love themselves.

“Kionna Nicotine was a kind-hearted, loving wife, daughter, sister, granddaughter, niece, cousin, auntie, friend, who was loved by everyone who knew her. She could brighten up the world with her smile. Kionna loved to help others and was always quick to make someone laugh,” the description on the GoFundMe page says.