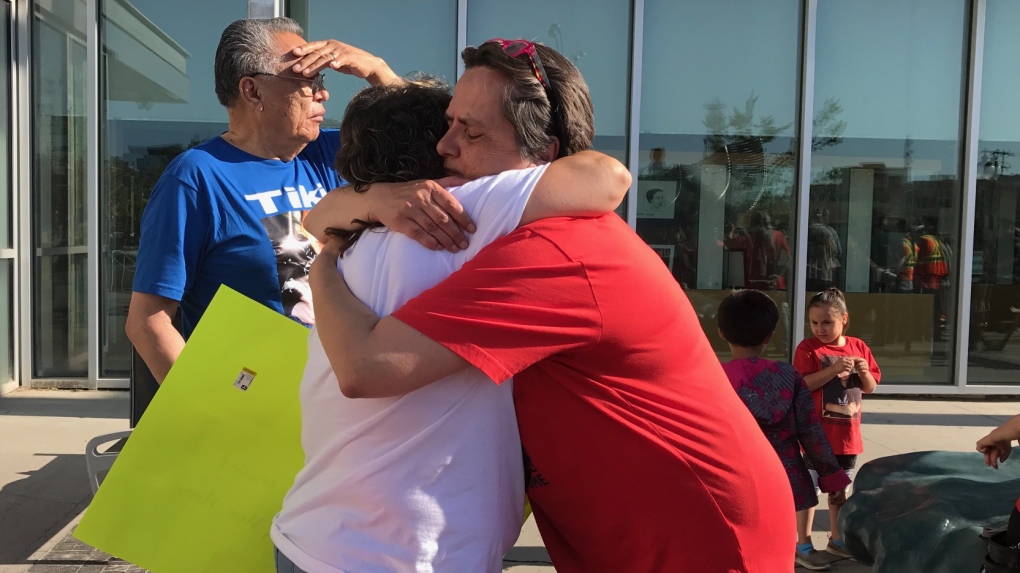 "We’re not going to give up" is the message Ashley Morin’s family is sharing with the public.

On Friday, members of Morin’s family, the community and the Saskatoon Police Service joined together in a walk of support and awareness for the missing woman.

To mark the one year anniversary of Morin’s disappearance, the group is travelling from Saskatoon to North Battleford with hope that Morin will one day be found.

The family says the walk will be split up into three days, making stops in Bordon and Maymont along the way.

Family spokesperson Krista Fox says the family isn’t going to give up on the fight to find Morin.

The walk began Friday morning in front of police headquarters on 25th Street.

The group is expected to arrive in North Battleford late Sunday.