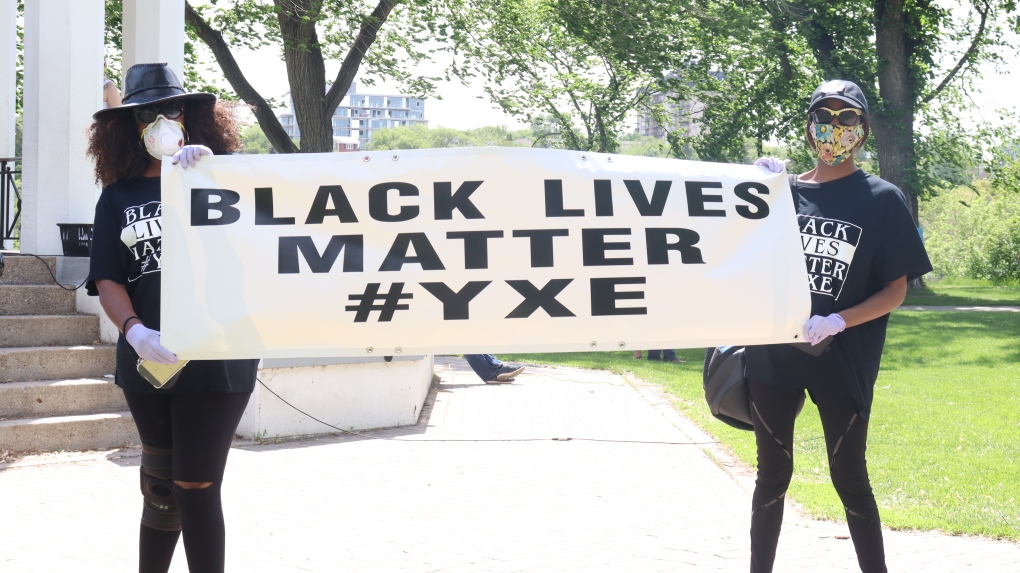 SASKATOON -- Kiwanis Park was filled with signs and chants for the Black Lives Matter movement Saturday afternoon before marching down 25th Street toward the police station.

According to Saskatoon police, around 1,000 people were in attendance.

The march started at noon with speakers, music and some spoken word poetry from people and organizations from around the city.

"Whether it was the poetry, whether it was the speeches, we’ve heard this all before - but the fact that everyone is coming together as a group, and as a big, big group, it’s going to send a message out," said Wole, a participant in the march.

Wole is a Nigerian student who has been studying in Canada for the past five years and recently finished his undergraduate degree.

"We can stay on social media every day and watch our brothers in other countries go through this and fight," Wole said.

Wole said he is blessed to live in a country like Canada, but he believes that even though he has it better than others, that is no reason to stay silent.

"I love the country, I’m very lucky to be here, but if things could be better, I know we could make things better," Wole said.

Kiera Grasby, of Yellow Quill First Nation, said she participated in the march because of her passion for equality and stories she’s heard from relatives about injustice.

"It makes my heart really happy because it’s a start, and it’s beginning, and we’re all coming together," Grasby said.

The march ran from noon to 3 p.m., from Kiwanis Park to the police station and then Civic Square.