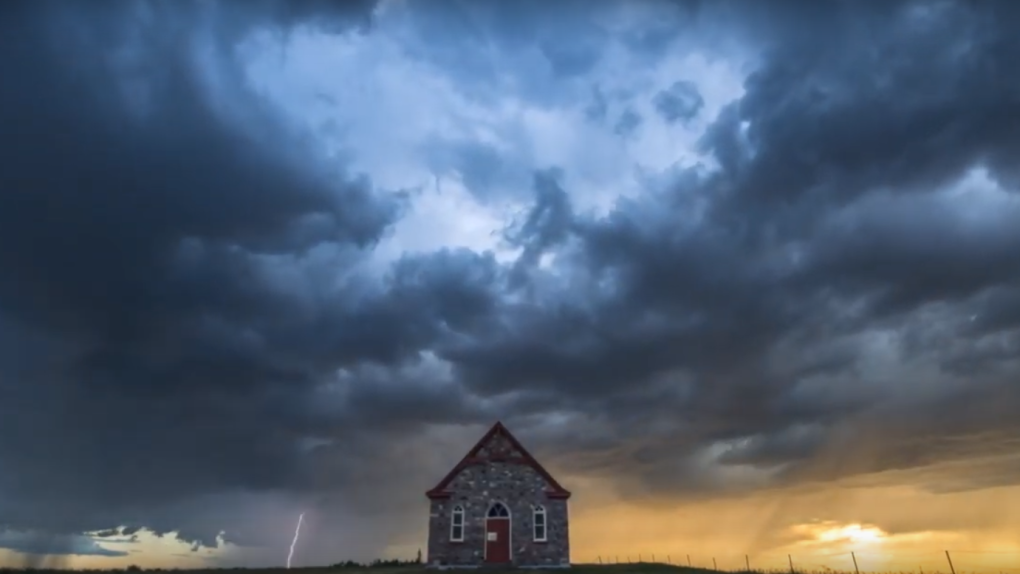 For the past two years, Scott Aspinall has captured the eye of the storm, making a dramatic time-lapse video of Saskatchewan’s most famous feature.

Aspinall has now released a trailer for his project called “Land of the Living Skies.”

“Watching all the beautiful sunsets and the storm systems rolling across the Prairies, seeing all that inspired me to put a whole video together of what I think is the coolest thing about Saskatchewan: the skies,” Aspinall told CTV News.

He said the fascination with storm photography started a few years ago while on a family trip to the United Kingdom.

“I took a few on my cellphone there and I guess since then I came back and I got hooked,” he said.

His time lapses have all been taken across southern Saskatchewan and the final compilation is slated to include about 10,000 still photos

Aspinall says the project has been in the works for more than two years, covering lightning storms, rain systems, sunsets and even a few rainbows.

The photographer says he’s excited to release his project, anticipating a release sometime in the winter.