'They were beaming and so excited': How a Saskatoon high school choir kept in tune during COVID-19 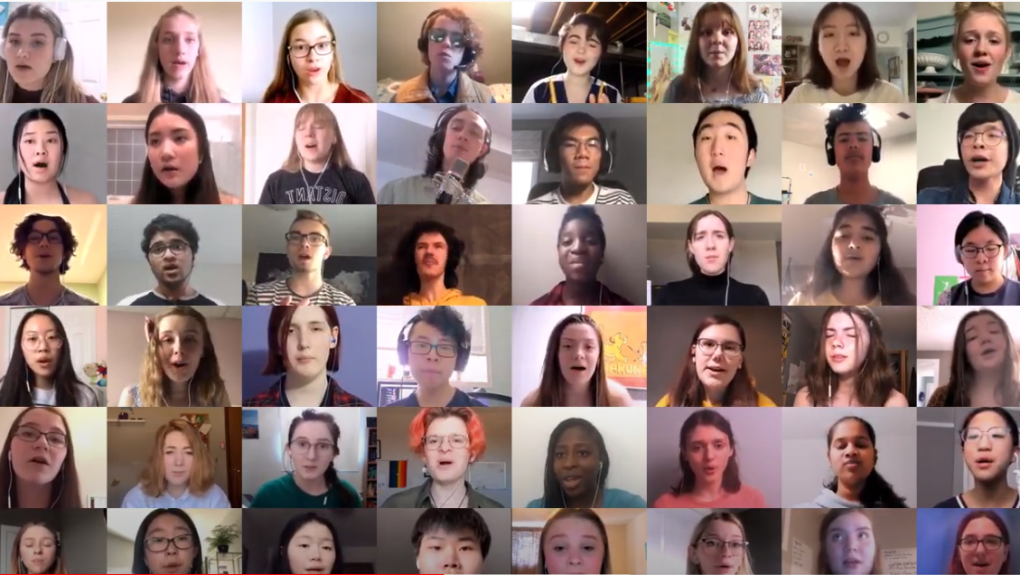 SASKATOON -- While many currently working from home are still adjusting to awkward Zoom meetings, a Saskatoon high school choir found another way to put the video-conferencing app to use — with no mute button required

The Grade 9-12 students in Evan Hardy Collegiate's choir used the app to keep practicing together after Saskatchewan's schools were closed in March due to COVID-19, according to a post on the school's website.

The collaboration eventually resulted in a video where 48 separate performances, each recorded separately at home, are blended together in perfect harmony.

The song — fittingly called "Connected" — was performed totally acapella, with claps and finger snaps as the only accompaniment.

"I am part of you and you are a part of me," the choir sings together in the video.

"I don't think they realized how great it would sound and look. They were beaming and so excited to share what they were a part of," Evan Hardy music director Stacey Mortenson-Spokes was quoted as saying on the school's website.