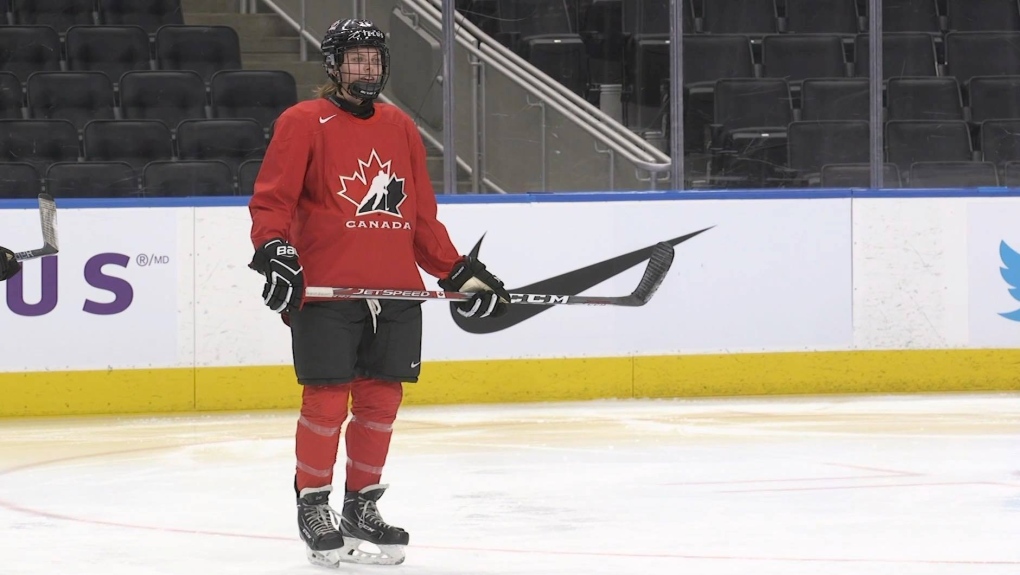 SASKATOON -- The COVID-19 pandemic has made it hard for sports teams to get together.

In January, things turned around for Saskatoon-born player Emily Clark, when the Canadian women’s hockey team was able to train together for the first time in 2021.

“It’s the best feeling and I don’t think you realize just how grateful you are when you’re with the team when you haven’t been able to be around them for 11 months,” Clark said.

Thirty-five of the top female hockey players from across the country made the trip to Calgary for Hockey Canada’s National Women’s Team Camp from Jan. 17 to 30. The players participated in a bubble-environment giving coaches the opportunity to evaluate them in preparation for the 2021 IIHF Women’s World Championship in Halifax and Truro, N.S.

“The bubble was amazing, you know a long time coming,” Clark said. “I think we were all just so excited to play hockey again that the energy and excitement at camp was just so much fun.”

Clark has been a part of the Canadian national team program for seven years, competing in the U18 World Championship, World Championships and Olympic Winter Games in PyeongChang in 2018. The 2022 Beijing Winter Olympics is less than a year away.

“If there’s anything this year has taught me it’s to take it one day at a time and I think my focus is to make the World Championship roster and give myself the best chance to make the 2022 roster,” Clark told CTV News.

The road to Beijing may still seem far off especially with the COVID-19 pandemic controlling many peoples' futures. One Saskatoon coach remembers when Clark was at the beginning of her journey on the ice.

“It’s been amazing to see her journey from a little kid that I started working with, to telling me she’s an Olympian,” said Clark’s skills coach Scott Dutertre. “I could win a Stanley Cup and it’s still not going to be the same as seeing that happen.”

Dutertre is skills coach with High Voltage Hockey and an assistant coach for the Swift Current Broncos. The long time coach has worked with several NHLers.

“I haven’t seen a work ethic on a player like her before. Ever since she was a little kid it was always about setting goals and getting incrementally better,” Dutertre told CTV News.

Clark, who spoke about the bubble training camp with excitement understands those in the minor hockey ranks aren’t as fortunate to have this experience. She has messages for players sidelined by the pandemic.

“Shooting pucks in your backyard, stickhandling in the house, playing Xbox, doing anything you can to be around hockey. That was always me growing up,” Clark said.