'Stay off our lands unless given consent': FSIN, mining firm at odds over exploration on Sask. First Nation 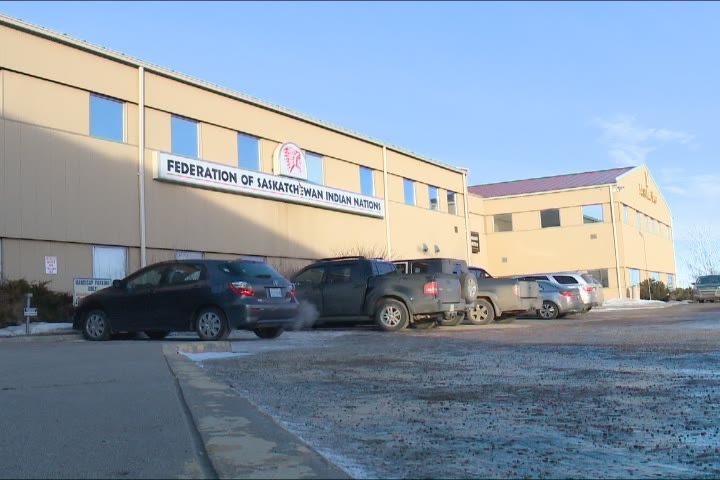 PRINCE ALBERT -- The Federation of Sovereign Indigenous Nations (FSIN) is asserting that resource exploration permits from the Government of Saskatchewan have no authority on First Nations' lands.

This comes after a Toronto-based uranium resource exploration company was found twice on the Birch Narrows Dene Nation without the consent of their band council.

“Resource developers must understand that provincial permits don’t give them the green light to run roughshod over our inherent and treaty rights,” said Birch Narrows Dene Nation Chief Jonathan Sylvestre.

The FSIN says they want meaningful and proper consultation prior to any resource development or extraction on treaty and traditional lands.

“Saskatchewan has no authority to authorize permits without engaging with the Nation, and without providing the Nation the opportunity to provide input. Stay off our lands unless given consent by the First Nation,” said FSIN Chief Bobby Cameron.

The Ministry of Environment says representatives of Baseload Energy Corporation met with the community on two separate occasions, Jan. 20 and Feb. 9 prior to moving workers into the area.

At the Feb. 9 meeting, Birch Narrows leadership handed the CEO of Baselode Energy, James Sykes, a cease and desist order to halt surface exploration survey work on their land.

On Feb. 10, after the order to leave was issued, Baseload workers were allegedly again found working in the area. Locals set-up a camp to monitor the area and trapline belonging to Lenard Sylvester that the workers were found using to access the forest.

In a press release issued Feb. 22, Baselode Energy announced that it has paused on-site work, “To continue further consultations with local communities.”

CTV News spoke with Sykes who said he is currently working with the provincial government to mitigate the matter and he had no further comment.

The company says it has Crown land work authorization and temporary work camp permits from the province's Ministry of Environment to conduct surveys on the Shadow Uranium Property that includes Birch Narrows First Nation.

The proposed mineral exploration is on unoccupied, public Crown land approximately 50 km northeast of the community.

In a statement, the Ministry of Environment says the permits issued to Baselode Energy are valid and the blocking of public lands is illegal.

The ministry approved phase one of the exploration project to occur by snowmobile or on foot.

“They hadn’t even approached or asked the trapper who’s trapline they were using, they just went ahead,” said Ron Desjardin, the band member who first discovered workers in the area.

Band members like Desjardin are doing more research and say there’s 2,691 claims registered with the province in close proximately to the community.

Woodland Caribou are listed as threatened under the federal Species at Risk Act. Desjardin says since forest fires in 2016 decimated caribou habitat and the caribou population has been significantly reduced.

Caribou are a traditional food source for Dene people.

“We understand that in this day and age people need jobs, yes, we understand that and if there’s going to be development, yes, we’d like to profit from that. Also, we’d like some revenue sharing because it is in our own backyards and we are giving up our way of life,” said Desjardin.