PRINCE ALBERT -- Jessica Rabbitskin was the first person who woke up when the smoke alarm started blaring in a Prince Albert fourplex early Monday morning.

"I heard the alarm and went running downstairs but didn't see smoke or anything," Rabbitskin said.

“I opened the back door and this whole thing was just in flames," she said.

Rabbitskin quickly woke up her four children and her partner before calling 911 and alerting her neighbour.

"I woke up to just banging on my door. The doorbell ringing," said Kara Brahniuk, Rabbitskin’s neighbour.

"If it wasn't for my neighbours I don't know what would have happened.” 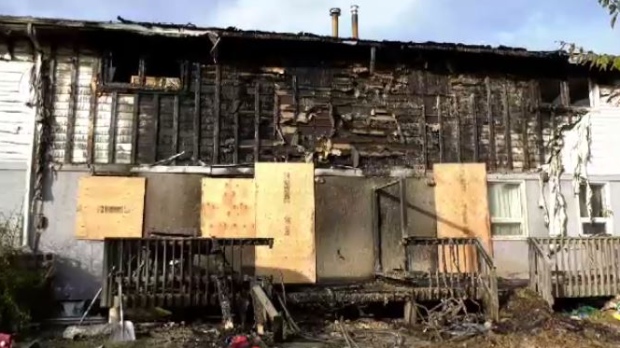 Now Rabbitskin’s family, like the three other families who lived in the fourplex, is trying to pick up the pieces.

There were no injuries, but even units not affected directly by the fire were left uninhabitable due to damage from smoke and water, according to the Prince Albert Fire Department.

Rabbitskin’s 21-month-year-old daughter Kasey had heart surgery earlier this year. The feeding tube she eats through was among the family’s possessions destroyed by the fire.

However, Rabbitskin said she’s just thankful everyone got out of the building okay. 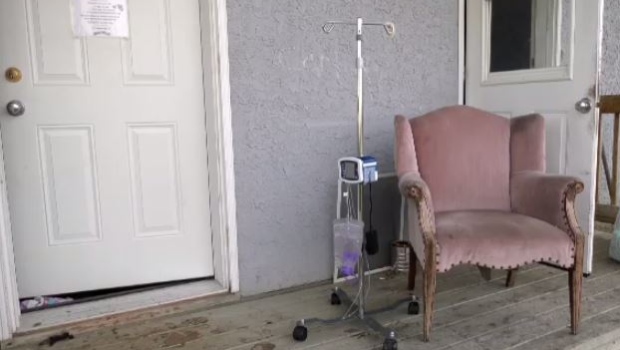 The fire department is still working to calculate the cost of the damage caused by the fire.