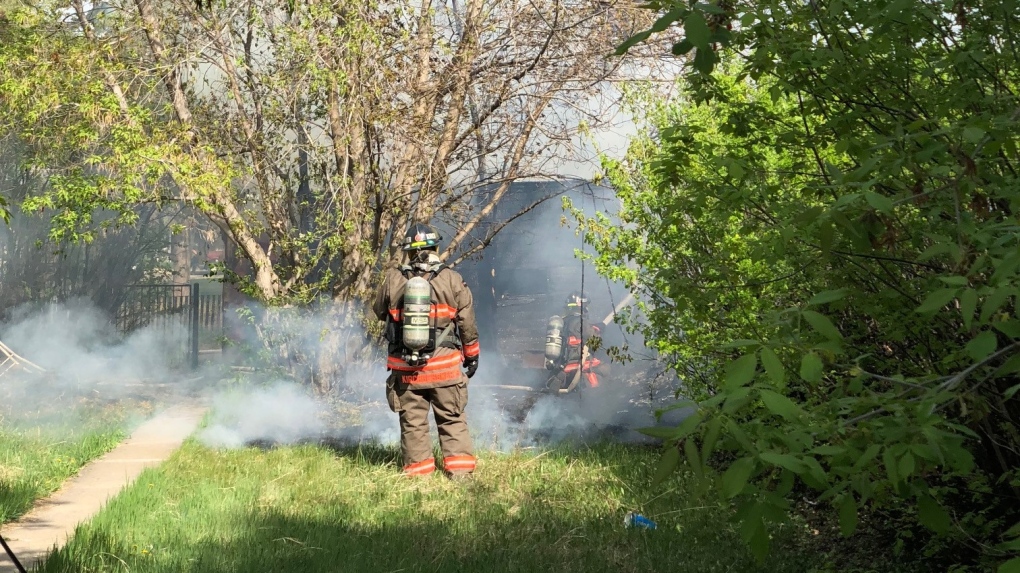 The Saskatoon Fire Department responded Thursday afternoon to a fence on fire in the 400 block of Avenue T South.

Several 9-11 calls reported multiple shed-like storage structures on fire at that location, the fire department said in a news release.

Fire crews found multiple sheds and trees on fire with heavy smoke exiting the yards of 454 and 452 Ave. T S.

Fire crews, with support from the Saskatoon Police Service, began evacuating the affected properties and securing the area.

The fire was under control in less than 20 minutes.