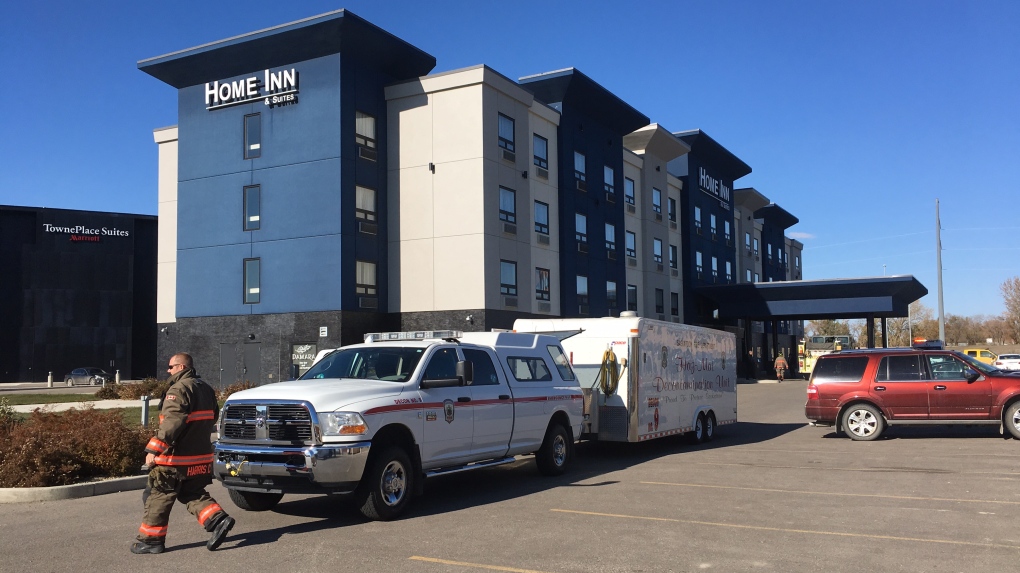 Crews were called to a Saskatoon hotel after several people were exposed to chlorine gas. (CREDIT: SASKATOON FIRE)

Three civilians and two fire fighters were taken to hospital after being exposed to chlorine gas at a Saskatoon hotel on Thursday.

Emergency crews were called to the Home Inn & Suites around 12:42 p.m. for reports of chemical exposure.

They discovered that an accidental mixing of chemicals had caused the chlorine gas in one of the rooms.

The fire department says there was no environmental risk as a result of the chemical exposure.