Saskatoon zoo goes to the dogs: Dingoes have new home 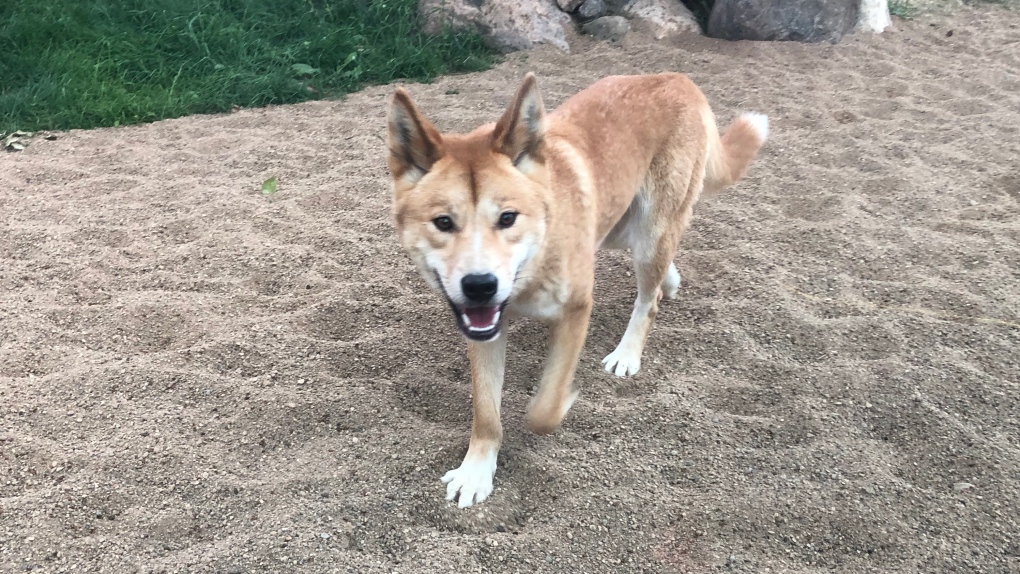 Visitors from Down Under have some new digs in Saskatoon.

The Saskatoon Forestry Farm Park and Zoo unveiled a newly renovated enclosure where sisters Euci and Maple, two purebred dingoes brought from Oakvale Wildlife Park in Australia, have made their new home.

This may be the first time any Canadian zoo has had purebred dingoes, according to Forestry Farm manager Tim Sinclair-Smith.

The dingoes arrived last month after a 14,000-kilometre journey and remained in quarantine for 30 days. Now they are ready for visitors.

Dingoes are still considered a pest and are hunted and baited in Australia, where their numbers are threatened, according to Sinclair-Smith. It’s hoped that collaborations between organizations like the Australia Dingo Foundation, who helped get the pups here, and the Saskatoon zoo can bring awareness and ultimately a protected status for the animals.

“These girls are ambassadors for their species and hopefully we can get (their status) changed and get the Australian government to reclassify them.”

The new enclosure was previously used as the wolf exhibit and remodelled to accommodate the new pups. Sinclair-Smith said dingoes are considered one of the most intelligent canines on the planet and the enclosure needed to be suited towards that.

“We had to make sure their habitat was escape proof .... they almost use their paws like hands so they can climb right up to the top of the fence,” said Sinclair-Smith.

As Euci and Maple become settled and grow more comfortable with staff, it’s hoped there will be opportunities for “interactions” with visitors and “photo opportunities” to help raise money for Australian wildlife conservation.