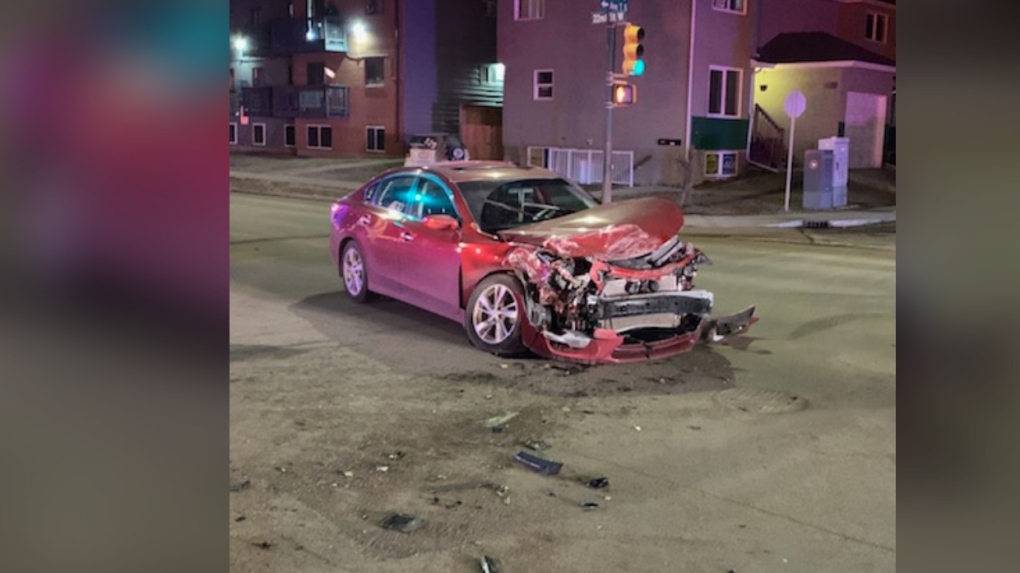 A four vehicle crash in the 2000 block of 22nd Street West left one person trapped inside their vehicle. (Saskatoon Fire Department)

Just after midnight, police were dispatched to the crash at the intersection of 22nd Street West and Avenue T.

Preliminary investigation resulted in the driver of one of the involved vehicles being tested for alcohol impairment, police say.

A car, a truck and two SUVs were involved, according to Saskatoon Fire Department. One person had to be cut from their vehicle by fire fighters.

All those involved in the crash were assessed at the scene by Medavie Health Services and released.