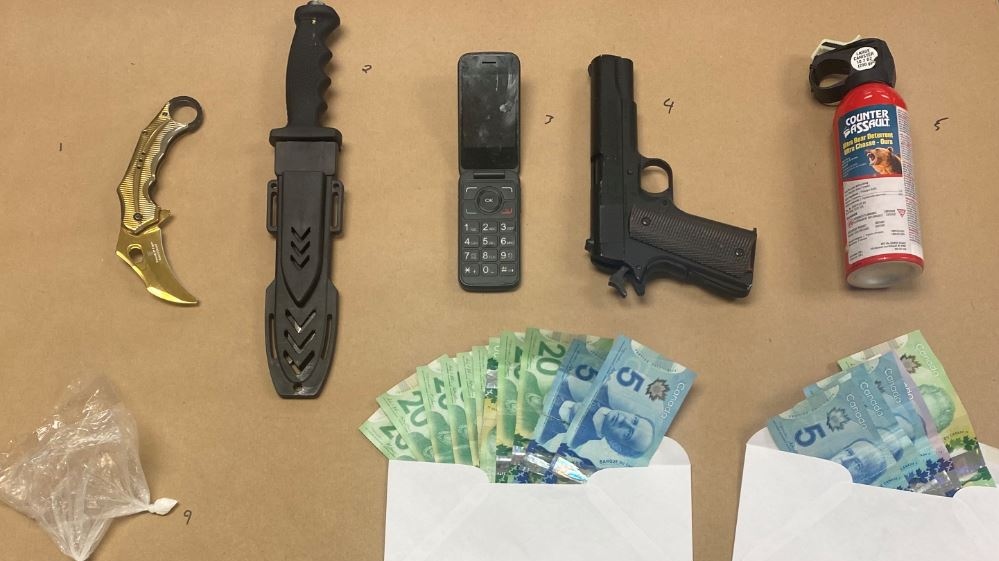 Officers conducted a traffic stop on a vehicle in the 100 block of Avenue H South.

Police soon learned it was providing a ride share service to three passengers.

Upon further questioning of the vehicle’s occupants, a man and woman were identified and found to have outstanding warrants; both were arrested without incident.

Another man, appearing to be under the influence of an intoxicant, was observed to have several uncapped needles around him and a bag of methamphetamine that he had tried to conceal, police said in a news release.

According to police, officers tried to help him before learning that he was only pretending to be intoxicated in an effort to avoid them; he resisted arrest before being taken into custody.

The driver of the vehicle was released without charges.

In total, the traffic stop resulted in the seizure of one can of bear spray, an imitation firearm, two bladed weapons, 14.48g of methamphetamine, one mobile phone, $235 cash and paraphernalia consistent with drug trafficking.

A second 38-year-old Saskatoon man was arrested on outstanding warrants.