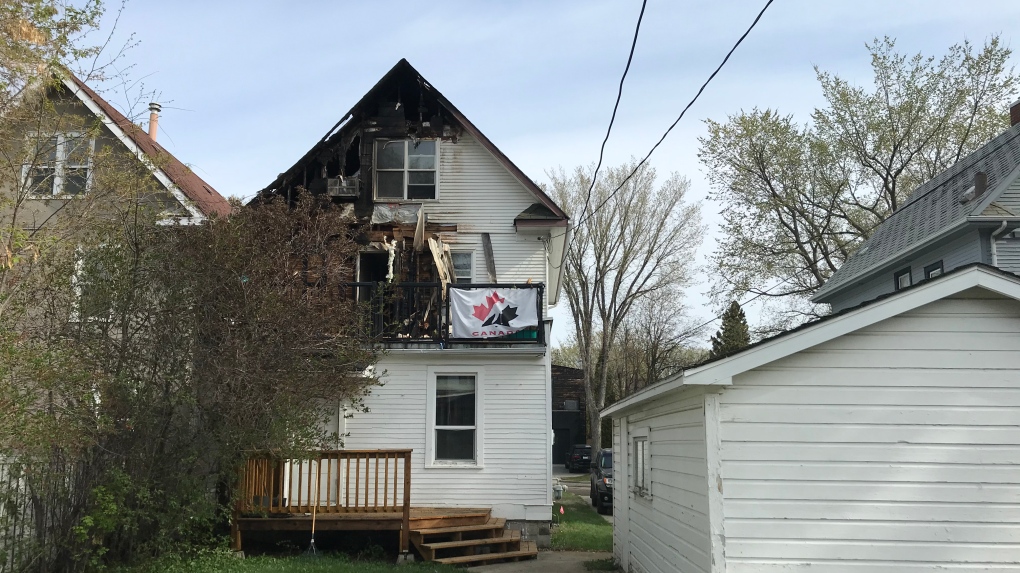 SASKATOON -- While battling a fire that tore through a home early Thursday morning, Saskatoon firefighters also managed to rescue a family pet.

Just before 3 a.m. the Saskatoon Fire Department received a 911 call reporting a burning house in the 400 block of Fourth Street East, according to a news release.

Upon arriving at the scene, firefighters found a two-and-half storey home on fire. The fire appeared to have started in the rear of the house, the department said in the release.

Firefighters sprayed the back of the house with hose lines. Eventually, firefighters had to remove much of the exterior wall to extinguish the fire.Everyone inside had exited the home before fire crews arrived.

However, a family cat was found on the second floor and returned to the owner in "good condition," the department said.

The fire was caused by improper disposal of smoking material, according to the department.