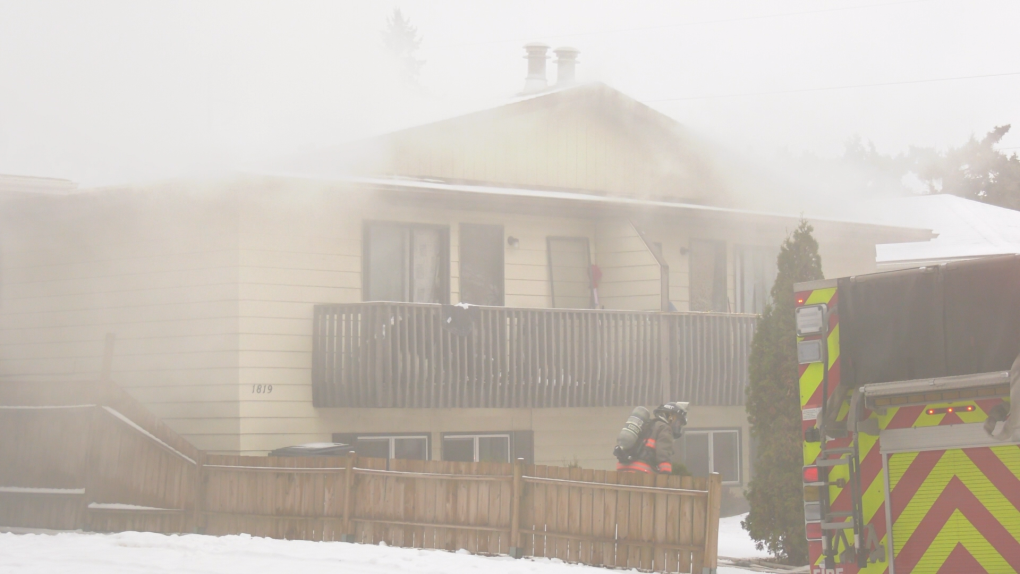 A blaze damaged a home in the 1800 block of Ave. D N. on Sunday afternoon.

SASKATOON -- Fire broke out at a duplex on the 1800 block of Avenue D North shortly after 2:30 Saturday afternoon.

Crews arrived to heavy smoke and flames shooting from the side of the house.

The department says it took about 20 minutes to bring the fire under control.

No one was hurt in the fire. Investigators say the fire is suspicious. No word yet on how much damage it caused.