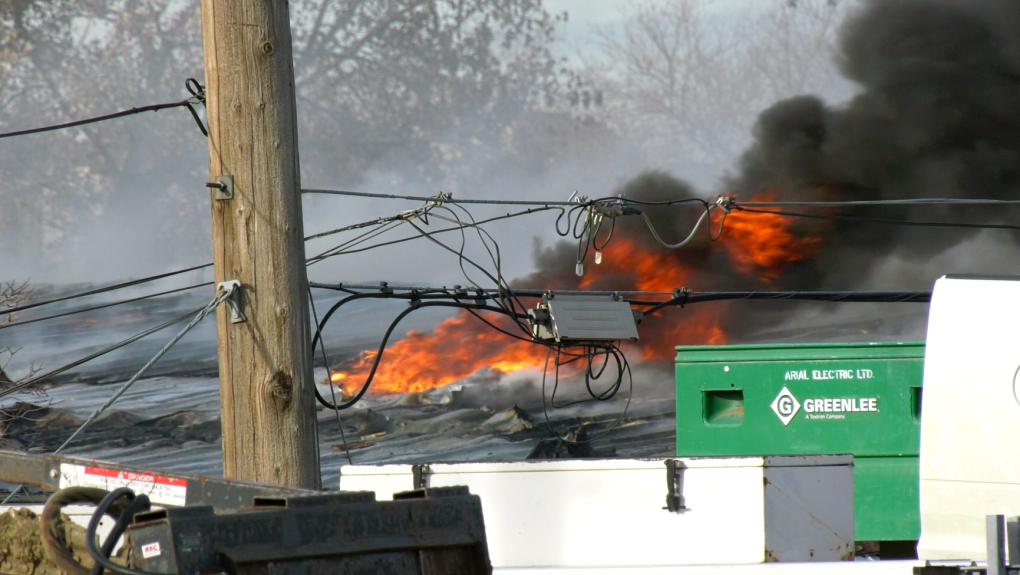 SASKATOON -- Saskatoon police and firefighters are on scene battling a structure fire in the 1900 block of Saskatchewan Avenue.

The fire department received a call at around 12:54 p.m., on Nov. 1, for reports of smoke in the 1900 block of Saskatchewan Avenue, according to a news release.

Upon arrival firefighters found a large industrial building on fire and smoke billowing from the roof line on all four sides of the building.

The fire has been contained to one building and no one was around at the time of the call, police said in a news release.

Al Mchaffie was having lunch when he noticed all the smoke in an area where his brother-in-law works.

”We saw the plumes of smoke and came over because the business right behind here is my brother-in-law's, I was concerned it might be his on fire,” Mchaffie said. ”It was engulfed in flames when we came.”

”He talked to the business owner there. I think they store some large tow-trucks and that sort of thing. It doesn’t look good. I’m a business owner myself, you never like to see this happen to anybody,” Mchaffie told CTV.

”It's devastating especially for the small business owner who owns the building.”

While there are no traffic restrictions in place, air quality in the area may be affected by the smoke, police said.