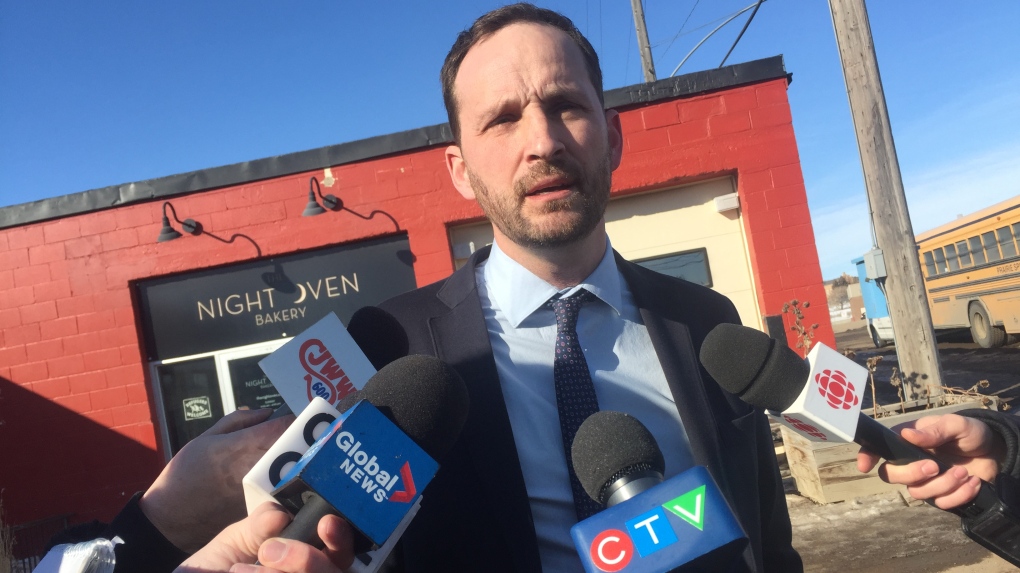 SASKATOON -- Saskatchewan NDP Leader Ryan Meili announced if elected his government would raise the minimum wage to $15 per hour by 2024-2025.

Meili made the announcement Sunday morning in front of Night Oven Bakery.

“On October 1, Scott Moe raised the minimum wage by just 13 cents, a raise that still leaves us with the lowest minimum wage in the country. That’s a slap in the face for families in Saskatchewan who are already stretched and stressed,” Meili said in a news release.

Meili said his government would help businesses reach a $15 per hour minimum wage by offering a monthly rebate.

The rebate would be an amount equal to 25 per cent of the cumulative increase in the minimum wage multiplied by the number of minimum wage hours paid to employees.

The rebates to the small businesses each year would be as follows:

The NDP said businesses must have been eligible for the small business tax rate in the previous year and have reported a taxable income of less than $200,000.

The business must maintain an employee payroll account – no owner-employed business without employees would be eligible.

The NDP referenced a 2017 study showing 96,000 people in Saskatchewan were earning under $15 per hour, representing 20 per cent of the workforce.