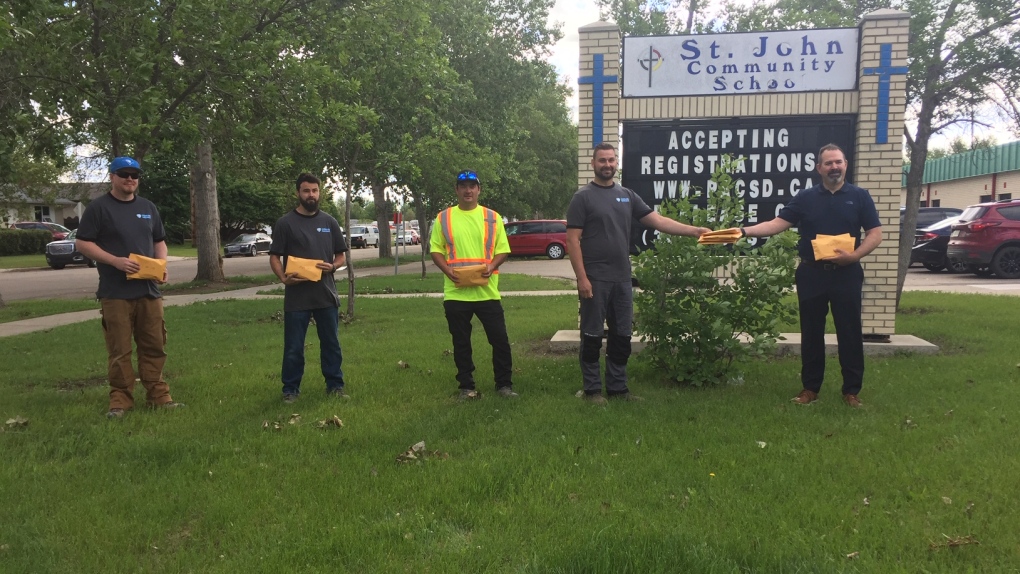 SASKATOON -- The owner of Prime Mechanical, Andrew Strauss, made a donation to students at St. John Community School.

Strauss, a former student there, says he thought donating a day pass to Kinsmen Water Park to each and every student would be a way to give back to the community that supplies him with work and brightens the lives of school children.

“I wanted to give back to people that I could maybe see there, using the ticket,” said Strauss.

Around 268 students will receive their passes with their report cards.

“Charities are great (but) I just wanted to give to something that was a little different and out of the norm.”

Principal Mark Cantin says mental and physical health are tied together and both are needed for students to perform well academically.

He says due to the pandemic, most field trips were cancelled at the school and the water park passes will provide the children with a fun experience they can enjoy with their family or friends.

“We want our kids to be active and outside this summer, there’s been enough of being inside. And we want them to be safe and we know the water park is a safe place and a fun place for them to be,” said Cantin.

Cantin says the donation by Prime Mechanical is one example that “makes Prince Albert a great place to be.”

Strauss says he hopes the donation will serve as an example to other small business owners to make donations to local causes that they care about.

Kinsmen Water Park is open to the public and includes features such as waterslides, a hot tub, tot pool, junior Olympic-sized swimming pool and a playground.