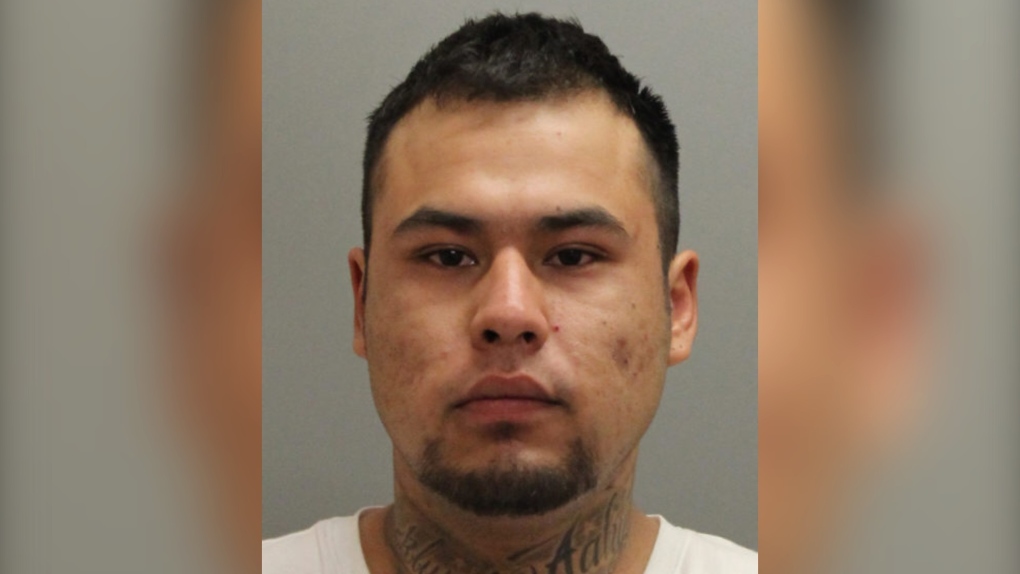 Police are searching for 24-year-old Skylar Pooyak, after a woman was robbed at gunpoint in North Battleford. (Supplied photo: Battlefords RCMP)

NORTH BATTLEFORD -- Battlefords RCMP are searching for two suspects after a woman was robbed at gunpoint in her apartment Saturday morning.

Officers responded to the 900 block of 110 St. in North Battleford, after calls saying there was a woman screaming in the middle of the road.

When they arrived on scene, the woman told police that two men, one armed with a gun, had entered her residence and demanded cash and fired several rounds. The two men took off before RCMP arrived.

No one was injured during the robbery.

RCMP has charged 24-year-old Skylar Pooyak and a 17-year-old man from North Battleford with several offences related to the robbery. The 17-year-old cannot be named under provisions of the Youth Criminal Justice Act.

Police say this was not a random incident.

Anyone with information on Pooyak’s location is being asked to call the Battlefords RCMP or Crime Stoppers.