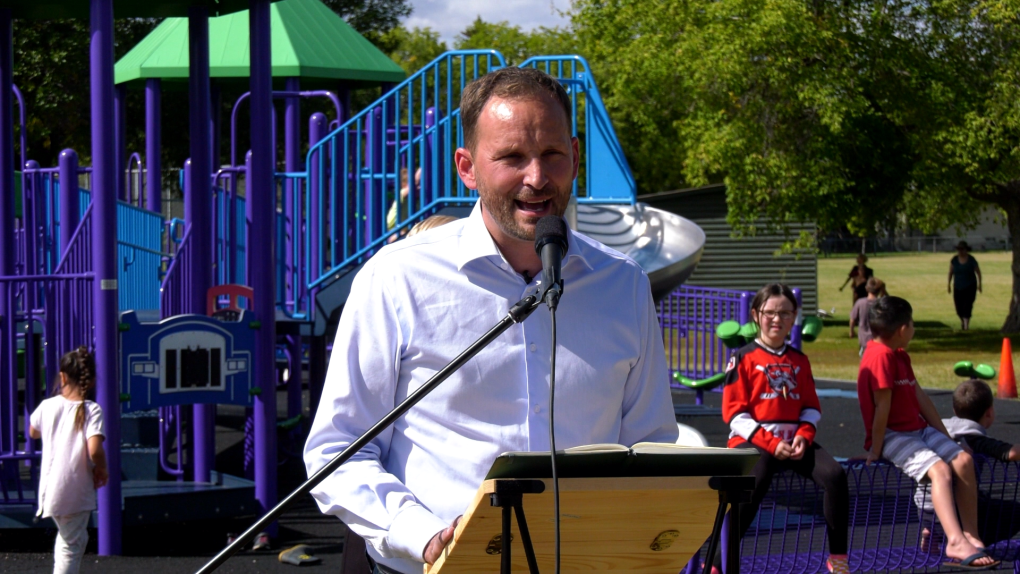 SASKATOON -- NDP Leader Ryan Meili says his party plans on making child care accessible and affordable for families in Saskatchewan if they form government this fall.

“For years in Saskatchewan, we’ve had people having to make the tough decision of whether they can go to work or not because of the lack of availability of affordable child care and during the pandemic, that need became all the more obvious,” Meili said a press conference Friday at W. W. Ashely Park.

Meili explained that his government plans on bringing in universal, $25 a day child care for families and creating 2,200 new child care spaces every year to meet growing demand.

Meili also said his government would review the child care system with an expert panel to address needs like recruiting and retaining staff, affordability and availability of care as well as wage of workers.

“This is a stark difference between the vision of the Sask. Party, which we saw on full display in 2017. When they had the opportunity to make better investments, instead they made cuts, including cuts to child care, for kids with disabilities, with special needs. Given the chance to govern again, they will go down that austerity road once more,” Meili said.

Meili emphasized that investing in child care will also help grow the economy. He referenced how every dollar invested in child care creates up to $6 in increased economic activity, according to the Conference Board of Canada.

Lindsay Sanderson, a parent and child care advocate, joined Meili at the press conference, and told reporters she’s had to choose between pursuing her career and taking care of her five-year-old son based on finances.

“Our current system is broken. Educators are underpaid, parents are paying more than they can afford. This perpetuates a system where our kids are simply just not getting what they need. Too many parents are forced to choose between quality child care and other essentials. Our kids deserve better and so do our families,” she said.

“By ensuring that affordable, quality child care is available to every family that needs it, we’re investing in our future and ensuring that women are able to be equal, valued members of society.”

Costs associated with the NDP’s plan will be included in the full party platform, set to be released in the coming weeks.

In an emailed statement to CTV News, Education Minister Gordon Wyant said their government has made child care a priority and agrees that investing in child care drives economic growth.

“We have demonstrated our commitment to accessibility through the addition of over 7,100 licensed child care spaces over the past 12 years, representing a 77 per cent increase. For affordability, Saskatchewan has among the lowest fees in the country – in fact, the average school aged space is $429 per month, which means those parents would actually see an increase under the NDP’s $25 a day.”