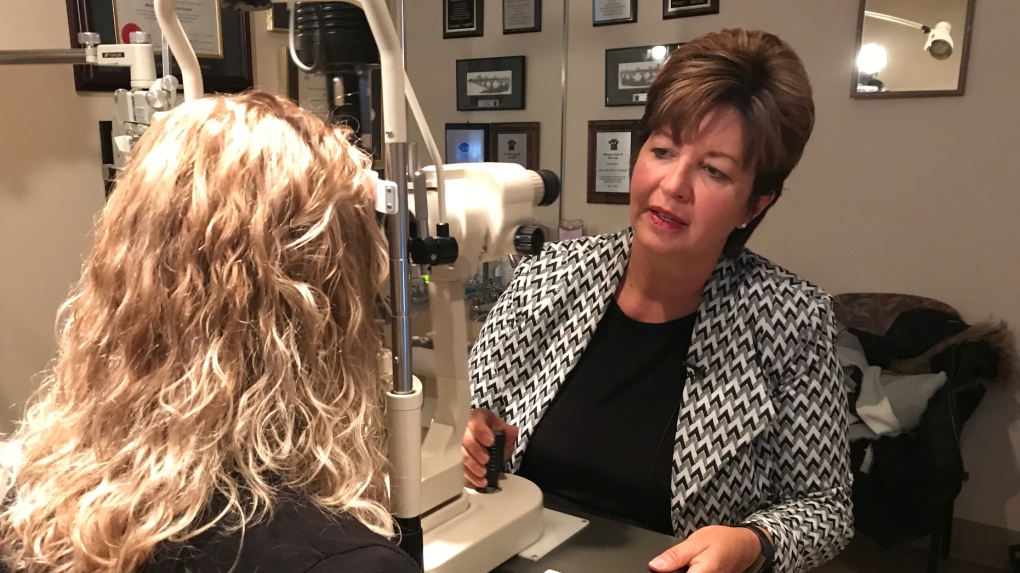 It’s being described as an epidemic. Optometrists say too much screen time is leading to more cases of myopia – or nearsightedness.

For university students like Bridget Hudec, spending eight hours on the computer has become the norm.

“It’s kind of a little bit concerning,” she said.

“My eyes kind of get fuzzy when I’ve been staring at the screen for too long.”

The second-year nursing student isn’t alone in her concern with screen time. Classmates say the hours spent studying and reading online add up.

“I didn’t need glasses until I got to Grade 12 and started spending a lot more time on a computer and I definitely noticed my eyes hurt after the day. My eyes were sore from all the work on a computer,” Chloe Lane said.

“Kids are more nearsighted because of all the close work they do. So that’s the environmental side of it. Second is they’re not getting outside,” Dr. Dorothy Barrie said.

Many studies have shown children are starting to have nearsightedness at a younger age, which can lead to more problems as an adult with higher prescriptions and, at worst, a greater chance of glaucoma.

According to a 2015 report by the World Health Organization, it’s estimated that by 2050 half the world’s population will be nearsighted.

“Everything we do, no matter who you are and what work you’re in, you’re going to be on the computer documenting it,” Barrie said.

As a preventive measure, she suggests taking 20 minute breaks from devices and spending more time outdoors.

It hasn’t been scientifically proven if sunlight helps prevent myopia, but experts say regardless, more time outdoors is good for us.

“It’s hard to manage that when you’re at school and have to get things done.”