'Live from one day to the next and pray': Tenants of City Centre Inn & Suites don’t know where to go

SASKATOON -- Elizabeth Watcheston has been living with her partner at City Centre Inn and Suites for the last 14 years.

Their rent is $1,000 a month for a one bedroom suite. Despite a few cockroaches, she doesn’t want to move.

“We feel pretty bad because we don’t want to leave. We don’t. This is our home. We lived in 287 over there and then they moved us to 133. We had no problems. It’s nice here and we’re healthy,” said Watcheston.

“My partner is diabetic. He uses a scooter to get around. I don’t know what we’re going to do. Live from one day to the next and pray. Pray to a higher power. He knows where we’ll go.”

About 150 tenants were forced to evacuate by 3 p.m. Thursday after Saskatoon Fire inspectors deemed the inn to be unsafe and unsanitary.

Inspectors found sewage leaking on a second floor suite, cockroaches and bed bugs in the walls and numerous broken walls and doors. Fire codes were also broken in the building including locked fire escapes and unsafe stairs in need of repairs.

The Ministry of Social Services used city transit to transport most of the tenants to the local shelters like the Lighthouse and the Salvation Army. Tenants with medical needs received temporary hotel accommodations. 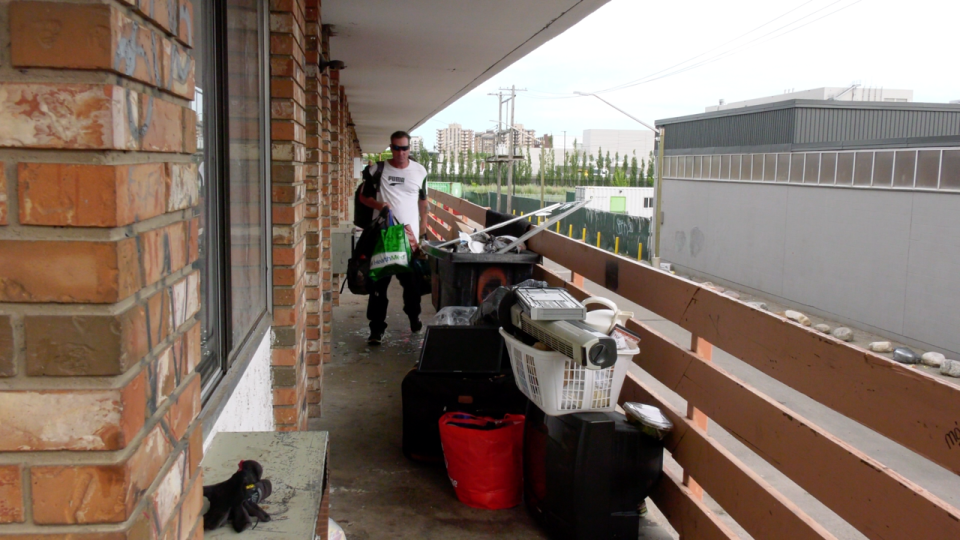 “Personal belongings will not be accepted because of the infestation of bed bugs. Bikes cannot be taken by the shelter. Everybody is free to leave at any time. We will provide transportation but you will not be allowed back on site at the Inn here,” said an official with the Saskatoon Fire Department.

During the announcement, many people were angry while others were crying and feeling uneasy and unsure about where they will live next.

Tenants could be heard telling officials they do not want to stay at the shelters. Another woman cried to the owner of the inn, pleading to stay in her home.

A couple other tenants carried what they could and yelled at officials walking away from the inn. Another man could be seen going down the street pushing a shopping cart with all of his belongings.

Chief Mark Arcand with STC says the Tribal Council is helping where it can by connecting Indigenous tenants with support services and housing accommodations on a case-by-case basis.

“Some are upset, they’re being disrupted and some are happy that they are getting the supports to move on. We just want to ensure that every tenant will be treated safe and put in a safe environment because they deserve it. How do we work together to make all that happen,” STC Chief Mark Arcand said.

Charles Glass uses a walker to get around and at 11a.m. he was sitting in his suite having lunch while the fire alarm continued to go off.

“It’s driving me nuts,” said Glass, who didn’t pack any of his belongings and wanted to stay. 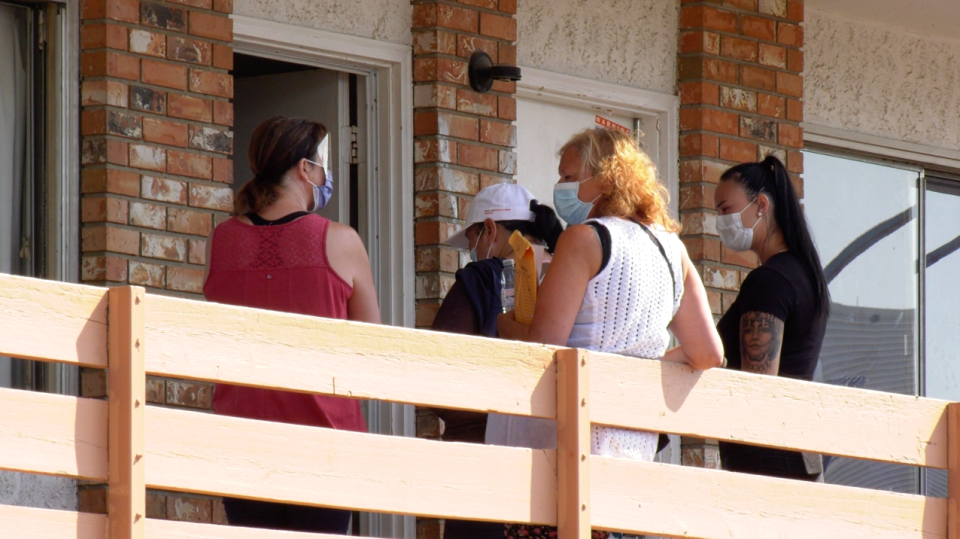 Kathy Andrews moved into the inn last May and pays $700 a month. She says she has had a difficult time finding an affordable home that would accept her and is thankful for the owner of the inn, John Pontes for taking her in.

“John is basically a good man. He gave me a place to rent when I needed one and I think he gave me the nicest room. I just want my damage deposit back, I never missed a month’s rent,” said Andrews.

“I thought it was an okay place. John understood if you had troubles, he worked around things. He always needs things, he’s a business man,” said Kyle, who added the reason why suites were not cleaned because people lived there and suites did not have to be cleaned by staff.

“What do we do? You can go to the Lighthouse or other places but I mean this is an influx of people that they won’t be able to handle in town so thank God it’s the summer time. We can sleep anywhere right,” Kyle said.

By 3 p.m. most of the tenants moved out of their rooms with a few who decided to stay despite the health and safety order. Many officials stayed back to continue to help.

“This is not their home, it’s a hotel room. We can work together to make sure they have a nice house or apartment and have a good roof over their heads,” Arcand said.