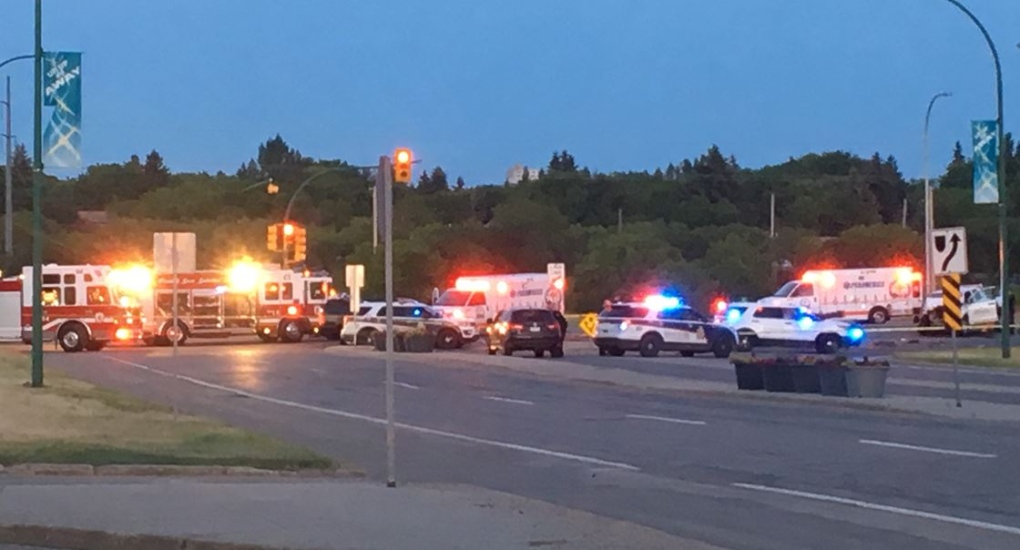 Emergency vehicles converge at Saskatoon's Airport and Circle drives late Monday, June 19, 2017, following a crash that left the driver of a stolen truck dead on scene.

A public inquest into the death of Austin Eaglechief is scheduled to get underway today in Saskatoon.

Eaglechief, 22, was in a vehicle being pursued by the Saskatoon Police Service on June 19, 2017. The vehicle crashed and police found the driver was not breathing, according to the province’s justice ministry.

An officer commenced CPR until medical personnel arrived a short time later and confirmed that the driver was dead, the ministry says.

Gunshots were fired by police at some point as the truck rammed a police cruiser, and an officer in the police car was taken to hospital with injuries to her neck and head.

However an autopsy indicated gunshots did not lead to Eaglechief’s death, the Office of the Chief Coroner has previously found.

This is a developing story, more details to come.