Indigenous language use in Sask. falls behind Filipino

Indigenous language use in Sask. falls behind Filipino 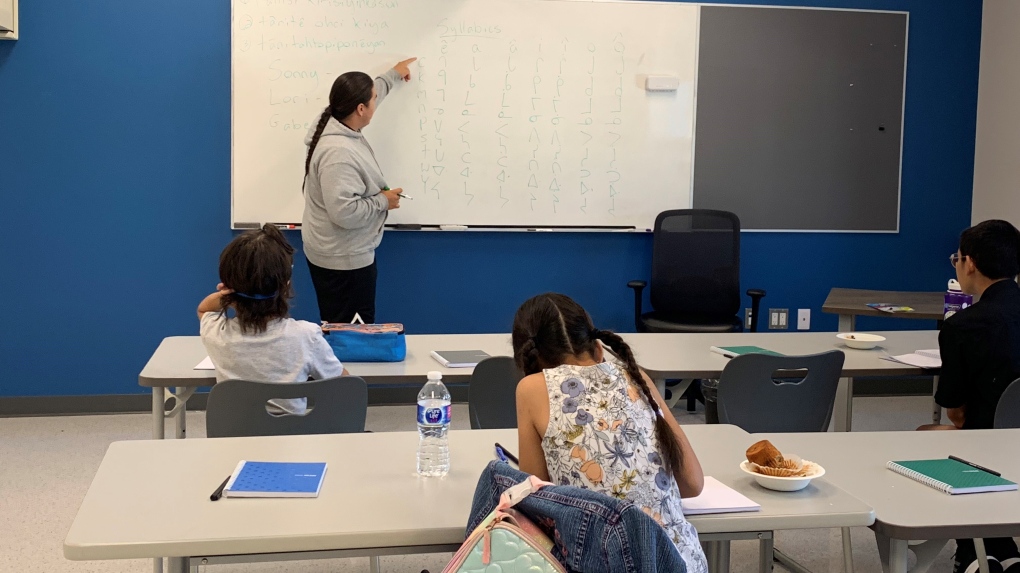 More people in Saskatchewan have grown up speaking the Filipino language compared to Indigenous languages.

However, the majority of residents identify English as their main language, 84.5 percent.

The Embassy of the Philippines reports there are 32,340 Filipinos that call Saskatchewan home.

Canadians in Russia who hold dual citizenship should leave the country immediately or risk being conscripted for mandatory military service, the Government of Canada is warning.

Canada headed for 'severe' and 'inevitable' recession in 2023: economist

Canada is headed for a 'severe' and 'almost inevitable' recession in early 2023, according to the head of economics at Macquarie Group, which states Canada will face an approximately three per cent contraction in gross domestic product and a five per cent rise in its unemployment rate during the predicted recession.

Canadians reflect about residential schools on Truth and Reconciliation Day

Ceremonies, marches and other gatherings are taking place across the country Friday as communities mark the National Day for Truth and Reconciliation. The federal statutory holiday was established last year to remember children who died while being forced to attend residential schools, as well as those who survived, and the families and communities still affected by lasting trauma.

As Russia's war in Ukraine enters a flammable, even more dangerous phase, analysis from the Associated Press on CTVNews.ca looks at whether a wider war is looming with devastating results for the world, perhaps not seen since 1939-1945.

Russia vetoed a UN resolution Friday that would have condemned its referendums in four Ukrainian regions as illegal, declared them invalid and urged all countries not to recognize any annexation of the territory claimed by Moscow.

Exposure to air pollution increases the risk of COVID-19 hospitalization by up to 30 per cent for fully vaccinated patients, according to a new study.