Huge plots of land near U of S could be developed into new neighbourhoods housing 60,000 people

SASKATOON -- Plans between the city and the University of Saskatchewan are underway to develop huge plots of land.

The university has nearly 405 hectares (1,000 acres) of endowment land near the downtown, located around the main campus.

The area could be developed into “multiple new neighbourhoods” and house close to 60,000 people, according to a report going before City Council on Monday.

The idea, dubbed the University Sector Plan, has been in the works for more than ten years.

“The vision for the University Sector is for these lands to become complete, vibrant, sustainable and distinct urban communities which support a walkable, transit-oriented lifestyle, connected with USask,” the report says.

“It is intended that they become neighbourhoods of the future, housing Saskatoon’s growing population, while sharing a unique relationship with one of Canada’s leading universities.” 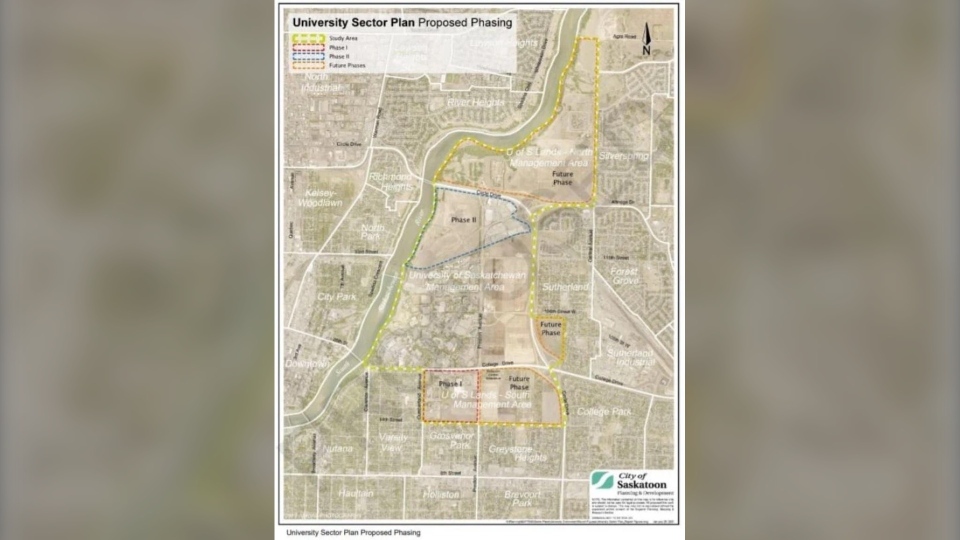 The first phase of development would be adding the College Quarter area. The second phase would focus on the land north of Innovation Place, adjacent to the river, according to the city report.

The project would drastically change the city’s landscape and is estimated to take decades to complete.