'He said he was building a deck': Saskatoon police nail suspect in lumber robbery 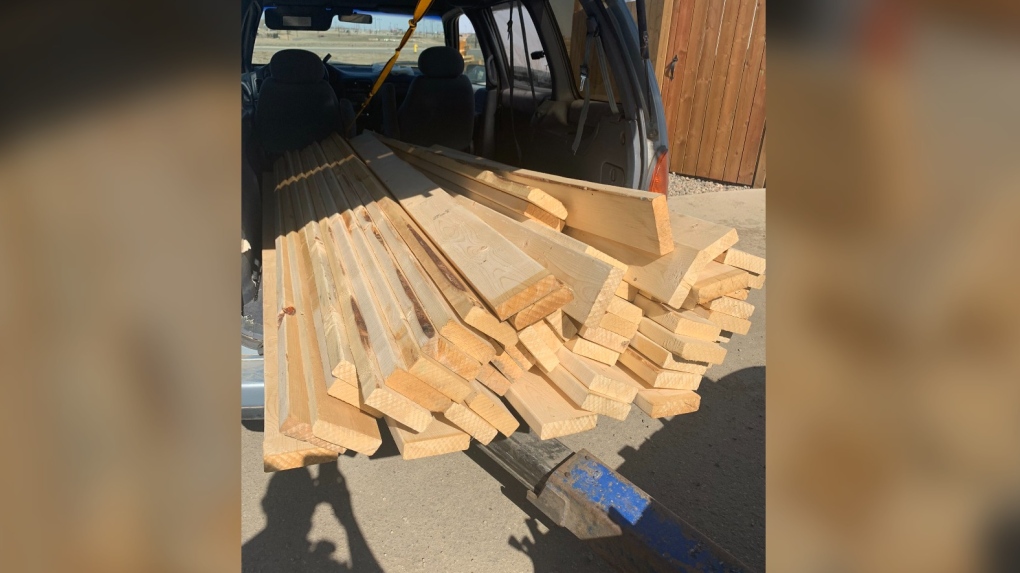 SASKATOON -- After putting the screws to the suspect, Saskatoon police received a response that lacked a certain grain of truth.

Cst. Derek Chesney told CTV News officers were recently dispatched to the northwest area of the city for a suspicious van with a load of lumber in the back.

"When we rolled up, number one, he said he was building a deck, and he wasn't using pressure treated lumber, which is interesting. And then I asked him the dimensions of the deck and he said he was going to build a four-by-14 deck, so I said that's more of a walkway than a deck.

"So just nothing was added up so we figured we'd call his bluff and it all worked out in our favour.

The officers contacted the break-and-enter unit and learned the lumber was probably stolen.

Police soon returned the lumber to one of the sites it was stolen from, and the owner got back to their work framing walls, Chesney said.

While there, Chesney said other contractors told them they've been noticing similar things

"A lot of contractors are keeping their products in their warehouses or trying to not get them delivered until they're going to actually use them, which is easier said than done sometimes.

"But now if you look at the price of lumber it's kind of a commodity and most criminals are fairly diversified ... I think with being from Saskatchewan and being rural everybody likes to diversify and even the criminals here can be a little bit diversified when they start tapping into things that they make a quick buck at."

The contractors he spoke to recommend using motion-sensing trail cameras to oversee your lumber, as it give something for police to go on

He also said good neighbours should watch out for each other and call in suspicious activity.