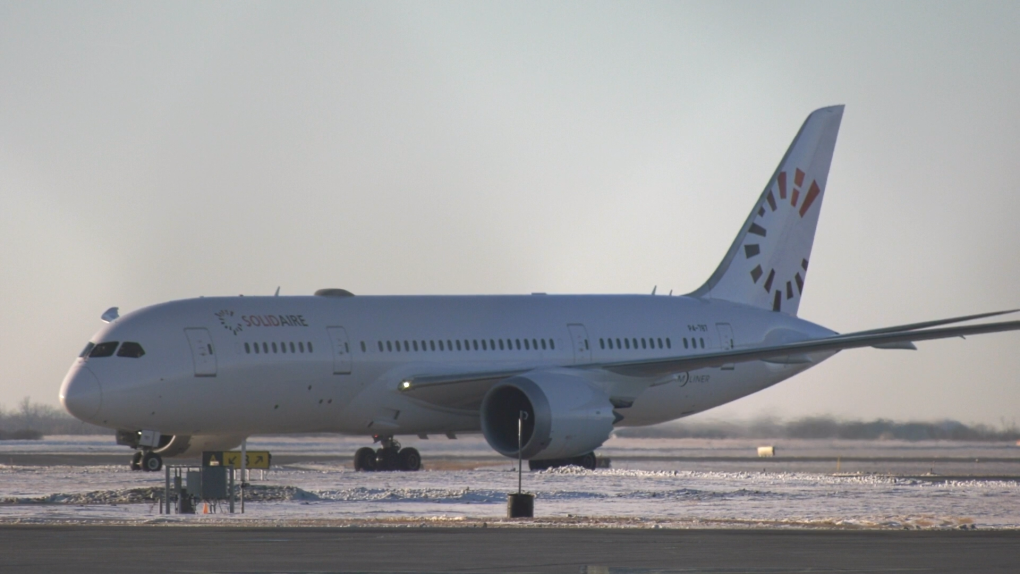 The plane carrying 230 Ukrainians fleeing the Russian invasion of their country arrived to a warm welcome from about 25 volunteers coordinated by the Saskatchewan Emergency Operations Centre.

The contingent of helpers including community members, fire and police members arrived three hours ahead of the flight to be briefed on aiding the transition for the newcomers who left Poland about ten hours earlier.

“The 24 volunteers organized by the UCC Saskatchewan helped provide that support in the secured area. Moving luggage, helping newcomers through passport control before they loaded on to busses and off to their hotels,” Danylo Puderak, Executive Director of the Ukrainian Canadian Congress Saskatchewan told CTV News.

Close to 3,300 Ukrainians displaced by the Russian war now call Saskatchewan home, according to Puderak.

There was a similar arrival — also provided by the same group in July — which landed at the Regina airport. Equipment was brought in from Alberta to help with the logistics of landing the Boeing 787 and having passengers disembark safely.

The Saskatoon airport had the necessary equipment needed and were operationally prepared for the big plane.

“We’re fortunate here with respect to logistics in that we’ve modernized and expanded the building fairly recently so this becomes a pretty straight forward operation for us,” Stephen Maybury, President and CEO of The Saskatoon Airport Authority told CTV News.

Staff at the airport prepared for the large arrival and, according to Maybury, this plane contained about 60 pets requiring extra attention and time.

Getting the planeload processed and through customs takes about three hours.

The Ukrainians were taken from the airport to a local hotel where they will stay until housing is secured. Funding is provided by the provincial government, which has committed $300,000 to the resettlement effort.

On Thursday and Friday, the newcomers will be set up with necessary documentation like health cards and Social Insurance Cards.

It’s expected that about 20 percent of the arrivals are children with mothers and grandparents making the up the majority of the remainder. Men do not make up a large portion of those coming to Canada because many are staying behind to join the armed forces fighting the war.

A fifth plane of Ukrainians will come to Canada sometime in the new year.