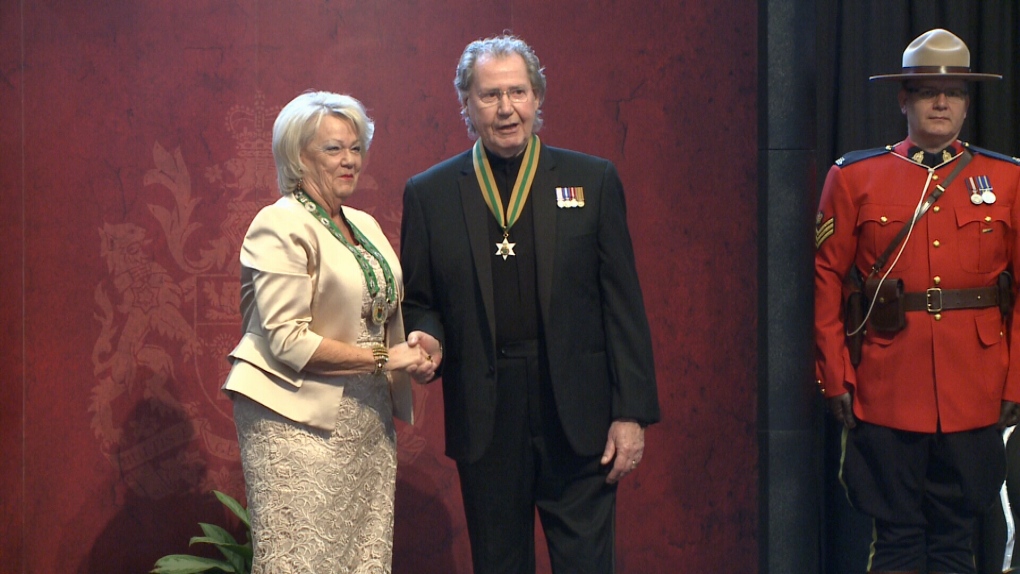 William (Bill) McKnight (C) is presented the Saskatchewan Order of Merit in 2015.

During his time as commissioner from 2007-2012, McKnight implemented treaty resource guides in all Saskatchewan schools among other achievements.

McKnight also served as MP for Kindersley-Lloydminster and fulfilled a number of cabinet roles including Minister of Agriculture, Minister of Indian Affairs and Northern Development, and Minister of National Defense.

In 1992, he was instrumental in the creation of the Saskatchewan Treaty Land Entitlement Framework Agreement.

McKnight was appointed to the Saskatchewan Order of Merit in 2015 and was also named an honourary chief of Muskeg Lake Cree Nation.