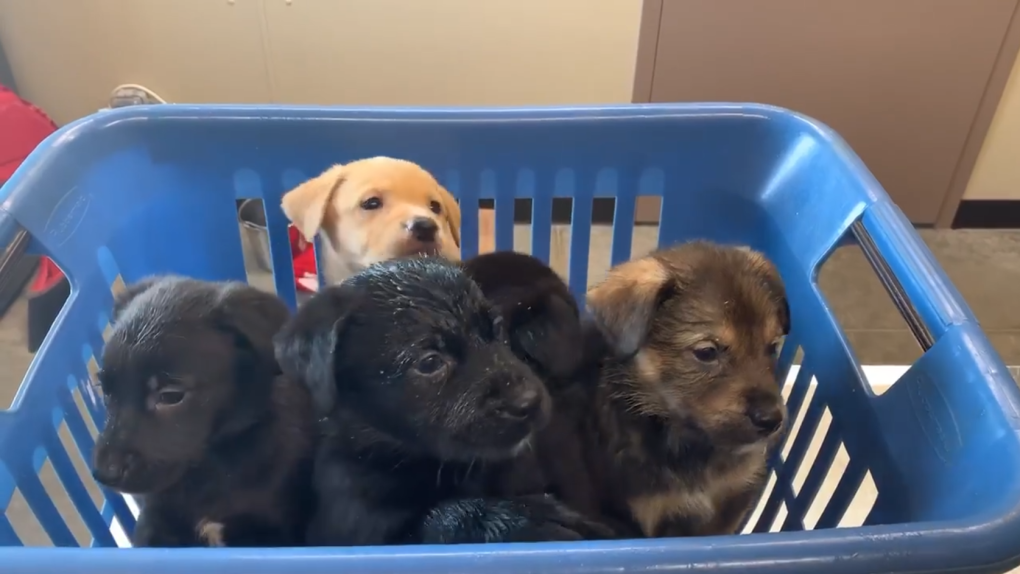 The Prince Albert SPCA is looking for assistance caring for five puppies that were abandoned along a highway. (Source: PrinceAlbert SPCA/Facebook)

SASKATOON -- The Prince Albert SPCA is looking for some help caring for five puppies that were found abandoned.

In a Facebook post, the SPCA said the puppies were rescued by a passerby who noticed them on the side of the highway.

“The puppies would not have survived,” said Ashlee Bober, the manager of the Prince Albert SPCA. “The one kind soul that did spot them, did pull over, and did stop and check out the box to see if there was something in there, they drastically changed the lives of these puppies and they are now going to have really bright futures.”

The roughly six-week-old pups will be cared for at a foster home until they are ready to be adopted. The post said the puppies are too young to be away from their mother, and the shelter is asking for donations to buy dry puppy food and puppy milk replacer.