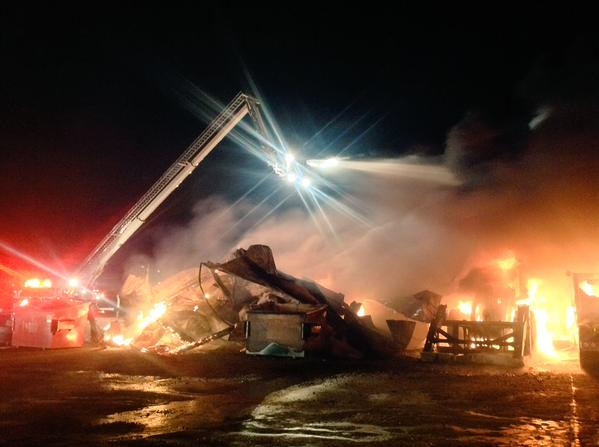 An Estevan business has suffered significant losses following a fire involving diesel fuel tanks.  Crews responded to the blaze at “Xtreme Pickers” early in the morning of December 28th.

“You’ve got -20, -22 [degree] temperatures with water and it makes for an interesting effect,” said Code. We had some challenges with the valves on one of our trucks. We had to thaw it out. And out aerial truck became encased, like an ice sculpture.”

The damage has been estimated to be in the millions of dollars. Investigators will begin to investigate the cause of the fire once the debris cools.