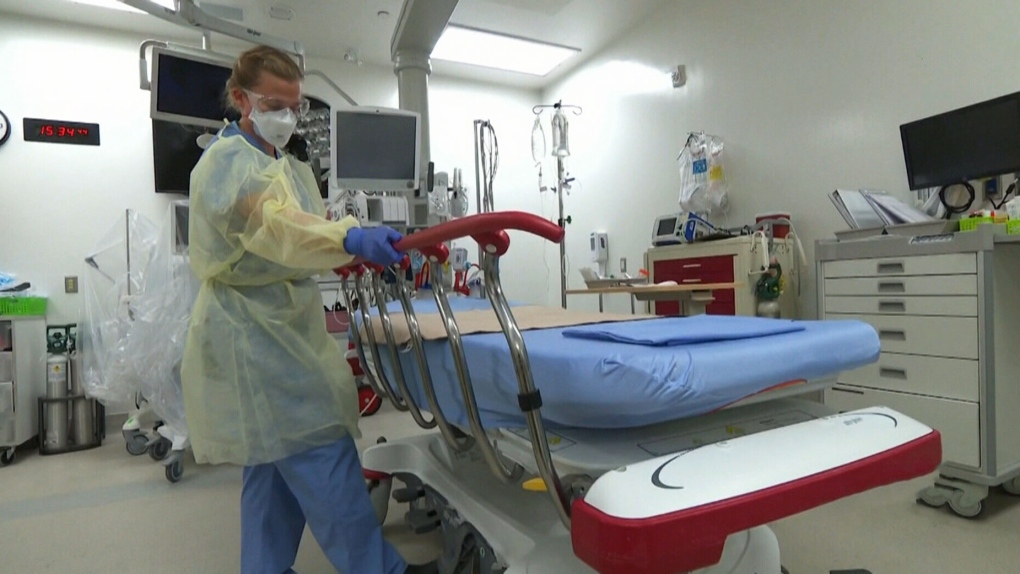 SASKATOON -- The Saskatchewan Union of Nurses (SUN) is sounding the alarm about alleged staffing shortages and overcrowding at hospitals in the province.

Earlier this month, members of the ICU at Saskatoon’s Royal University Hospital moved to the former pediatric ICU.

The space was designed to hold nine children, but is currently “squeezing” 12 adults, according to SUN.

Zambory said Saskatchewan’s health care system has always felt pressure, but it’s being brought to the surface as a result of the pandemic.

On Monday, the province recorded 190 new cases – the largest jump to date.

Lori Garchinski, SHA executive director of tertiary care, said the increase in cases is “putting additional pressure on the hospital system” – referencing the change to the ICU relocation.

Zambory said nurses have reported 130 per cent overcapacity at emergency rooms in Regina and Saskatoon.

“We’re trying to have a complete resumption of services, plus try to deal with the explosion of COVID. It’s bringing us to our knees as a health care system,” she said.

The outbreak reported at the Golden Prairie Home in Indian Head is putting pressure on staffing, according to Zambory.

She said about 19 staff members at the long-term care facility are self-isolating due to COVID-19 and there is no manager on-site to handle the situation.

The Ministry of Health reported the outbreak on Nov. 7.

“We would term that outbreak as a ‘code red’ … it rises to the top of our importance ladder,” Zambory said, citing concerns about introducing new staff to the facility.

The SHA said staff from the Wolseley Memorial Integrated Health Care Centre will be moved to the Golden Prairie Home to address the staffing issue.

During the reassignment of roles, the Wolseley centre – located about 35 kilometers from Indian Head – will be putting a “temporary pause on admitting patients.”

Zambory is calling for a meeting with the Saskatchewan Health Authority to address their concerns about staffing and hospital capacity.