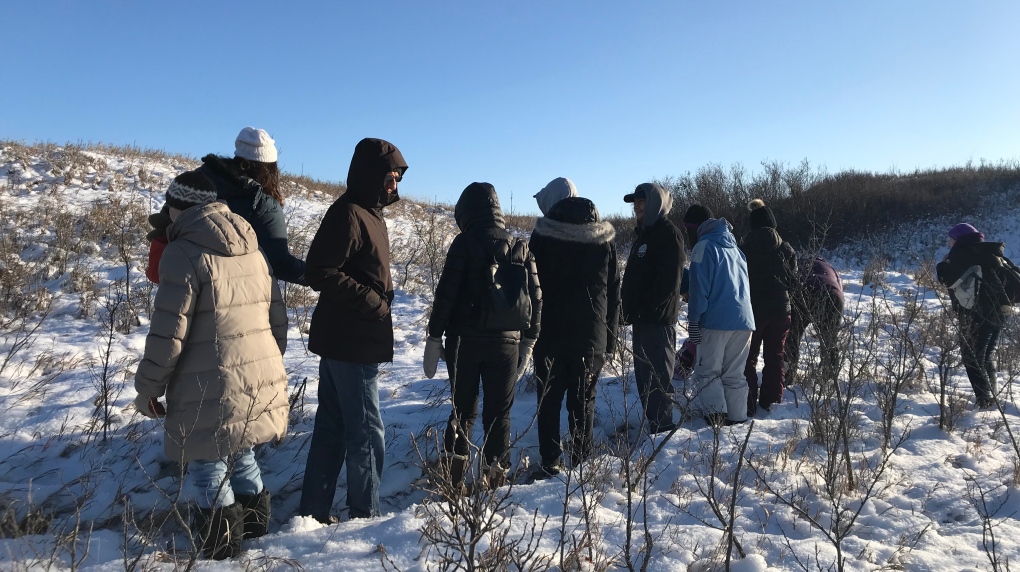 SASKATOON -- The Meewasin Valley Authority partnered with the Saskatoon Nature Society on Sunday for the group's first eco-scavenger hunt.

The two nature preservation groups started at the Saskatoon nature society and made their way to Saskatoon small swale, in the city’s north end.

“The swale it’s a fairly undiscovered natural area within Saskatoon city limits, so we wanted to go out and look for wildlife tracks,” said Renny Grilz who serves as resource manager for the Meewasin valley authority.

“With I-naturalist you take a picture of track and you stick it on the internet so other people can access the data, said Grilz. “What we’re hoping to do is get more people out there to collect more information about birds and wildlife and plant species and share it with more people, and it’s part of the Meewasin mandate to help share that with other people.”

More than 75 people took part in the one-day event.