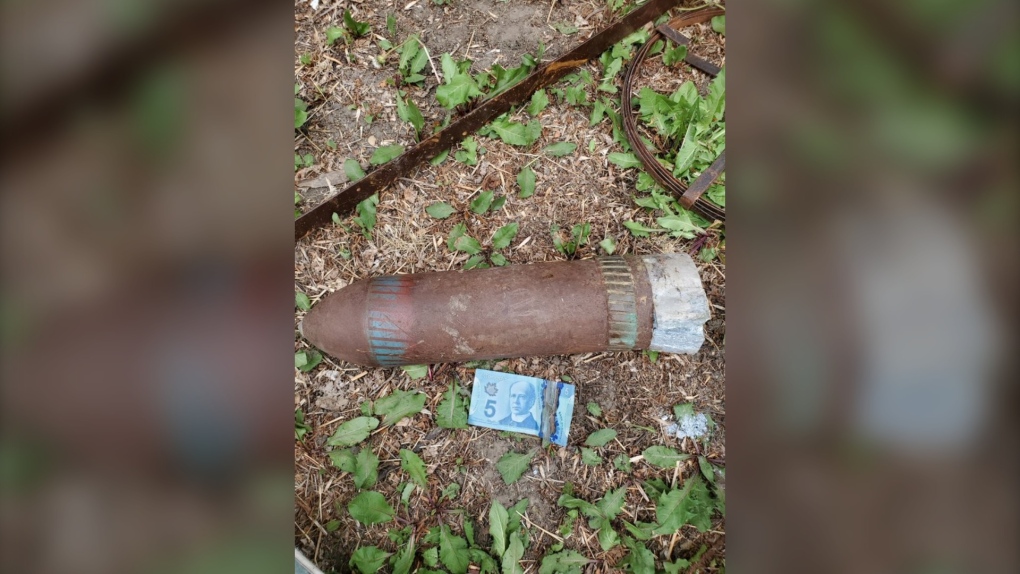 A relic from the Second World War caused a scare in the city's Caswell hill neighbourhood on Thursday.