COVID-19 updates for Saskatoon and area for Thursday, May 14

SASAKTOON -- Check back throughout the day for the latest on COVID-19 in Saskatoon and area.

On Thursday, the province said there are five new confirmed cases of COVID-19.

Four of the new cases were found in La Loche, with the remaining case found in Regina.

Since the start of the pandemic, Saskatchewan has had had 582 reported cases of the virus.

As of Thursday, 178 of the cases were considered active, according to the province's daily update.

A Saskatoon woman's beloved parrot has been found dead.

Anne Helgason says she received a call from someone on Wednesday saying they found her bird dead near the Shaw Centre.

Her 18-year-old pet, named Tia, flew away off her backyard deck last week. Tia's wings, which were usually kept clipped, had grown since that service stopped being available because of COVID-19. 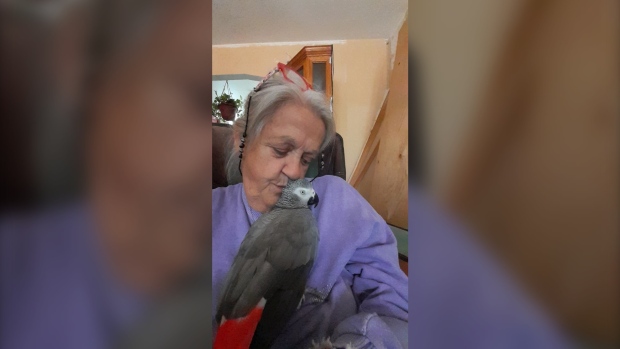 Paid parking on the docket

Drivers who park in pay parking zones in Saskatoon could soon have to start paying again.

With retail stores, shopping malls and other services slated to reopen in Saskatchewan next week, city administration is recommending pay parking be reinstated beginning June 1.

A city report says with increased activity around the city, administration believes it’s time to reinstitute requirements for pay parking and time limits for how long vehicles can be parked in a single location.

The Saskatchewan Health Authority (SHA) is advising customers of five La Ronge area businesses and a Saskatoon gas station to self-monitor for symptoms after a presumptive case of COVID-19 was identified on Wednesday.

An individual in their sixties was tested at the La Ronge Health Centre on May 13 after showing symptoms, the SHA said in a news release.

With the second phase of the provincial government's Re-Open Saskatchewan Plan — which includes the retail sector — still expected to begin on May 19, Hudson’s Bay has announced it will reopen its stores.

The Canadian retail giant made the decision to close its stores in response to the COVID-19 pandemic on March 17, a few days before the provincial government ordered the temporary closure of most retailers.

Saskatchewan Premier Scott Moe says no exceptions will be given to the public health orders for ceremonies planned in First Nations.

The premier said at a news conference Wednesday that the provincial orders limiting gathering to no more than 10 people extends to those communities.

“Because the virus doesn’t care. The public health orders that are in place, they need to be followed for the health and safety of everyone.”

Some members of Beardy’s and Okemasis Cree Natio claim a sacred Sun Dance ceremony was interrupted by RCMP on Sunday.

The provincial government has established a special detention centre for people who fail to comply with self-isolation orders.

The facility was set up quietly by the province. It is located at the White Birch Remand Centre in Regina where female prisoners are held while awaiting trial.

Our livestock sector is facing tremendous challenges, with producers facing higher costs to feed animals that cannot move along the supply chain as they normally would,” Agriculture Minister David Marit said in a news release.

This announcement includes $5 million for the provinces share of the federal AgriRecovery program and another $5 million to help offset the higher cost of the Western Livestock Price Insurance Program.

The Canadian Forces Snowbirds arrived in Saskatoon at around 10:30 Thursday morning.

The nine-plane formation made a number of passes over Saskatoon's three hospitals.

If you missed the display or just want to take it in again, we have  video of the flypast.

The Financial and Consumer Affairs Authority (FCAA) warns consumers about unlicensed lenders or brokers who are taking advantage of people’s financial positions during the COVID-19 pandemic.

All of the new cases were found in the La Loche area.

The Saskatoon John G. Diefenbaker International Airport has  seen a decline of 98 per cent   in air travel since the COVID-19 pandemic began in mid-March.

“Devastating is a good description of that impact, we have plummeting revenue and increased operating costs because of the cleaning needed to be done because of the pandemic,” said Stephen Maybury, president and CEO of Saskatoon Airport Authority.

The owner of a Buddha’s Bait Shop in White Fox is rallying people with property in the Northern Saskatchewan Administration District to voice their concerns with a public health order to close the district to non-essential travel.

Members of a Saskatchewan First Nation are  unhappy with the response  by RCMP and First Nations to a sacred Indigenous ceremony over the weekend.