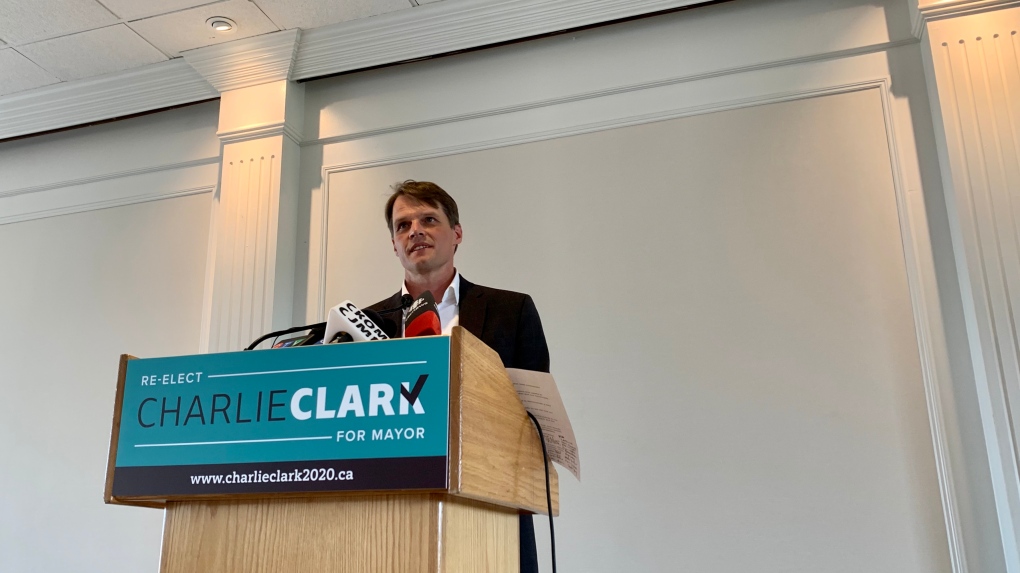 Saskatoon Mayor Charlie Clark announcing his intention to run for a second term during news conference held on July 29, 2020.

SASKATOON -- Charlie Clark has announced his campaign platform in his bid to be re-elected as mayor.

His goals for the next four years include driving the city's economic recovery from COVID-19, addressing the root causes of crime and to commit money to infrastructure.

Clark says he's proud with what he has accomplished so far and a change in leadership would halt progress on several initiatives.

He says he is running again because he still has work he wants to complete.

Clark says he will lay out more details of his platform throughout the campaign.