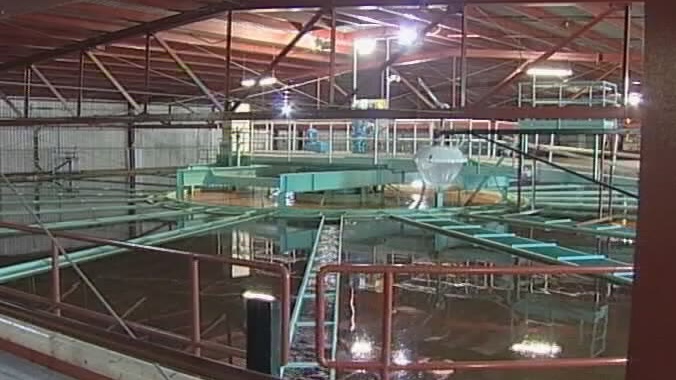 The water treatment plant in Prince Albert had to be briefly evacuated Monday after a chemical leak.

A PVC pipe was punctured when a contract worker hit his head against it.

That resulted in a spill of caustic soda, a pipeline cleaner that is used at the plant to change the PH level in the water during the summer months.

The worker received minor burns to his face from the acidic liquid and was taken to hospital for treatment.

City manager Robert Cotterill says the incident on posed no danger to the drinking supply.

"All steps were taken to protect those people who were working at the water plant," says Dionne.

He notes the treatment plant is set up to drain any chemical leaks into a special holding tank so that it doesn't get into city water.

"This incident does that pose a threat to city water being piped into homes and will not impact the supply of water used in businesses and homes," says Dionne.

City officials were concerned the caustic soda could react with alum, which is used to purify the water, and that would have produced hydrogen gas.

"Our first priority is to get the caustic soda out of the facility," says Cotterill. "We've hired an environmental company to come and remove the material from the building."

The next step is to wash out any remnants of the chemical so a contractor can enter the area and repair the pipeline.

After a few hours, the water treatment plant was deemed safe and workers returned to their jobs.