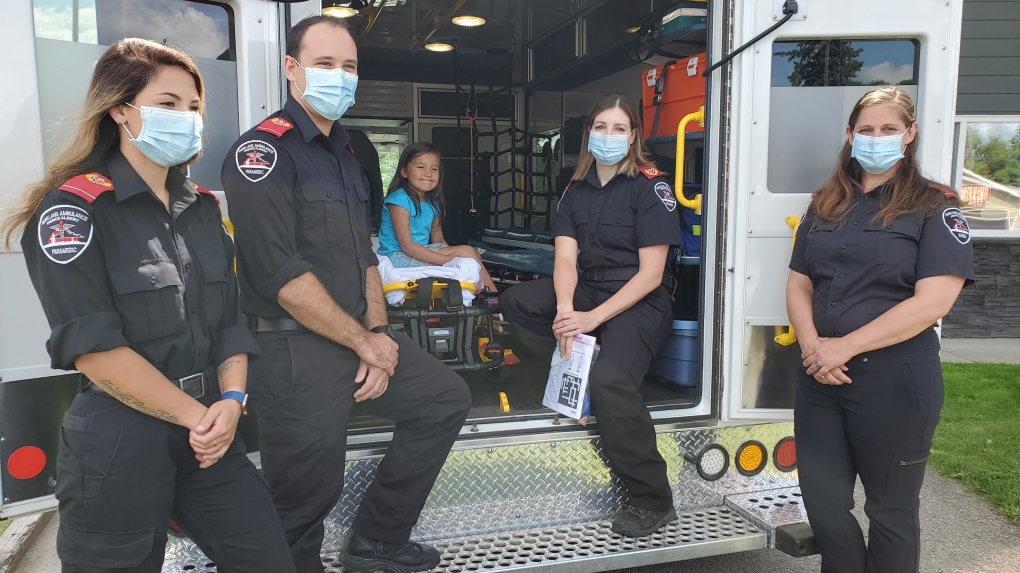 The pair pulled an unconscious six-year-old girl from a hotel pool in Prince Albert earlier this month and helped save her life.

Parkland Ambulance says paramedics were called earlier this month to help Traylynn McCallum who was unconscious and not breathing. It was believed she went into cardiac arrest.

While help was on its way, two bystanders, a parent who was at the pool and a student nurse, pulled the girl from the water and started CPR.

Parkland Ambulance says Traylynn was breathing on her own when paramedics arrived.

On Friday Traylynn and her family gathered in Prince Albert to thank the strangers who saved her and the first responders who helped her.