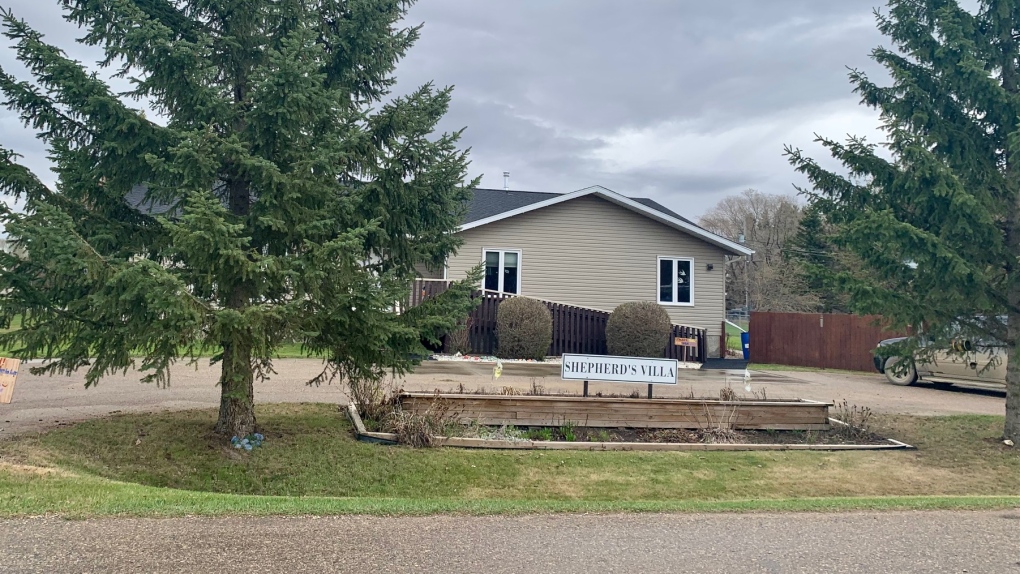 Shepherd’s Villa is shown in a May 18, 2022 photo. (Miriam Valdes-Carletti/CTV News)

A man who thought his brother would "flourish" during his time living in a Hepburn, Sask. group home says he's now "filled with guilt."

Due to a court-ordered publication ban to protect his brother’s identity, CTV News is using a pseudonym for the man’s first name.

Fred says his now 62-year-old brother who lived in Shepherd’s Villa for roughly 25 years is one of five of Brent Gabona’s alleged victims.

“We thought that this was where he would flourish, where he would be safe. Now all we have are questions and thoughts that his days would have been filled with dread,” he told CTV News.

He says the shock of the news is still settling in.

“Five helpless individuals allegedly assaulted over a period of years, and one of them is your brother. A man who is blind, autistic, has some cerebral palsy and is a severe epileptic. How is he supposed to process this when I can't?”

In 2014, Fred relocated this brother to Alberta, where he resided in another group home until the start of the pandemic. He now cares for him at home.

“While we’re still in shock and overwhelmed by this, I find myself having to speak out … these are people who were fully dependent on Brent Gabona.”

In a statement last week, Shepherd’s Villa said the group home had “no knowledge of the alleged abuse” and is fully cooperating with the RCMP’s investigation. It’s also conducting its own investigation.

The statement said Gabona has not been employed at the care home since 2009. The other alleged victims are no longer residents of the group home.

The alleged assaults were reported to Rosthern RCMP on April 19 and Gabona was arrested last week.

Fred says Gabona has been released from custody on conditions and hopes to seek “proper justice.”

“It sends to me the message that you can be accused of committing serious crimes, but you can go home and watch the hockey playoffs while your alleged victims are left to reel in the horror of it all,” Fred said.

Fred hopes that by speaking out he can be a voice for his brother and the four other alleged victims.

He says Shepherd’s Villa has not reached out to him but would be interested to learn more about what allegedly occured under its roof.

“Peace is being able to look at the foothills and the mountains that surround our home and see the beauty again because right now all I feel is sadness.”

Convoy participant Pat King was involved in the planning and logistics of the Freedom Convoy protest, despite denials of his participation by organizers, according to court documents obtained by CTV News.