Beware of wasps at this time of year 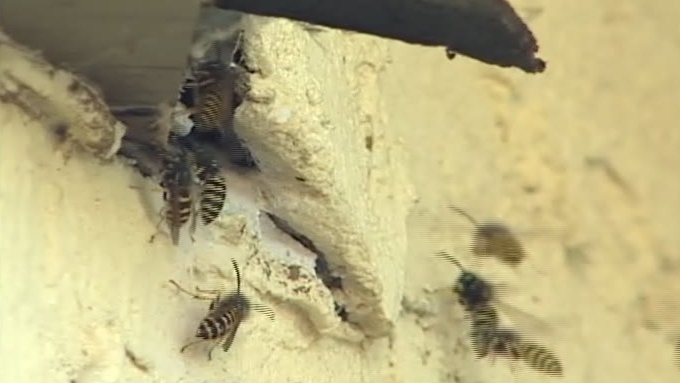 The signs of changing seasons are everywhere in September, even the insect world. Wasps are busily getting ready for winter, but their preparations come at a cost to humans.

The signs of changing seasons are everywhere in September, even the insect world. Wasps are busily getting ready for winter, but their preparations come at a cost to humans.

Maureen Cable was busy in her backyard when she was set upon by dozens of wasps. “I was out doing yard work and came across a nest that I didn’t see. I felt like I was on fire. I've never been stung before in my life."

By the time she got away from the swarm she had been stung 20 times, mostly on her legs. The affected areas began to swell and she was worried she was having a reaction.

“I came in the house and put a cold compress on and Afterbite, but I got scared and started to get weak so I phoned the neighbour and he helped me out"

Nauman Nisar, with Poulin’s Pest Control, says there is more wasp activity at this time of year. That's because they are getting ready for the winter, and that means finding new places to live.

"The reason during this time of the year is because the queens are trying to make new nests and find new areas so they are scavenging."

And Nisar says if you get in the way of that activity you can expect a hostile reaction.

“If they think that you are in their territory than yes, you will get stung."

As the weather continues to get colder, the problem should take care of itself. But Nisar says in the spring people should call in a professional pest control company at the first sign of wasp activity near their homes.