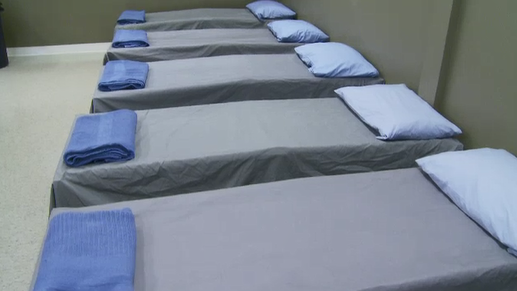 Beds at the Lighthouse North Battleford are pictured in this file photo.

Twenty-two part-time and full-time staff received lay-off notices on Friday, he said. One worker will stay on.

The shelter had space for 37 people. The Lighthouse will try to find new housing for them, Windels said.

“It’s still a harsh reality. Lives are going to be affected.”