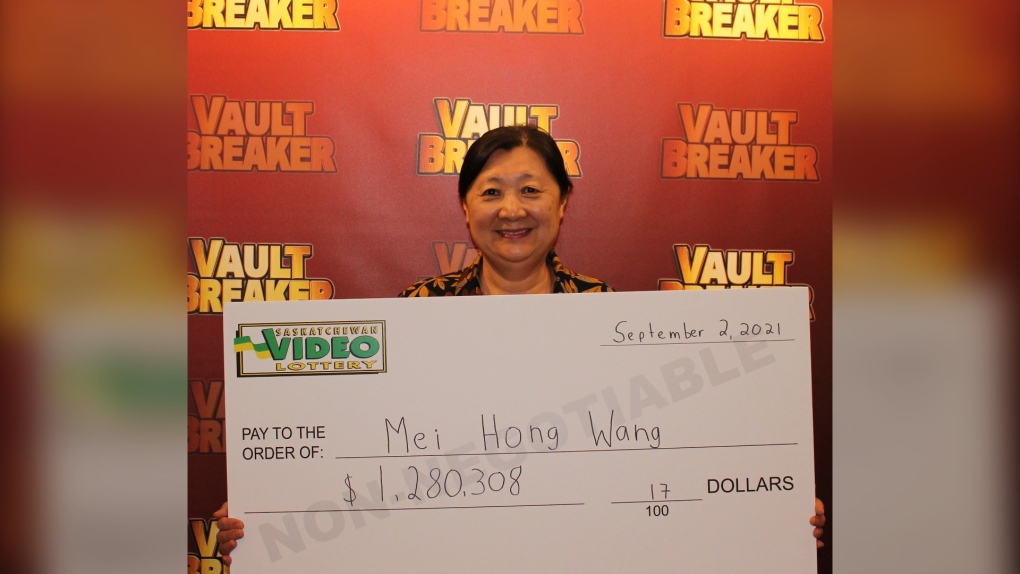 It took Mei Hong Wang some time to process what had just happened.

"I stared at the screen for about 20 minutes," Hong Wang said in a Western Canada Lottery Corporation (WCLC) news release.

The Nokomis woman said she "couldn't believe" what she was seeing while playing the WCLC's "Vault Breaker" game on a VLT terminal.

The game's progressive province-wide jackpot starts at $500,000 and had reached more than $1.2 million by the time Hong Wang sat down to play at Nokomis Pizza.

Hong Wang said she was "shocked" when she saw all five Vault Breaker icons fall in place realized that she had just won a jackpot worth more than a million dollars.

Hong Wang said she plans to put her winnings into savings and investments.