A video has surfaced online with People’s Party of Canada (PPC) Leader Maxime Bernier getting egged during a campaign stop in Saskatoon on Thursday.

The video posted to Twitter on Thursday shows a man approaching the PPC leader asked for a photo. As the man poses with Bernier, he hits Bernier on the top of his head with a raw egg.

In an email to CTV News, PPC spokesperson Martin Masse said Bernier’s reaction was to brush off the incident.

“He went to his room upstairs in the hotel, washed his hair and shirt, and went down 10 minutes later to continue to take pictures and talk with supporters,” Masse wrote in an email.

Police attended the scene but Bernier did not file a formal complaint and no charge will be laid, Masse said. 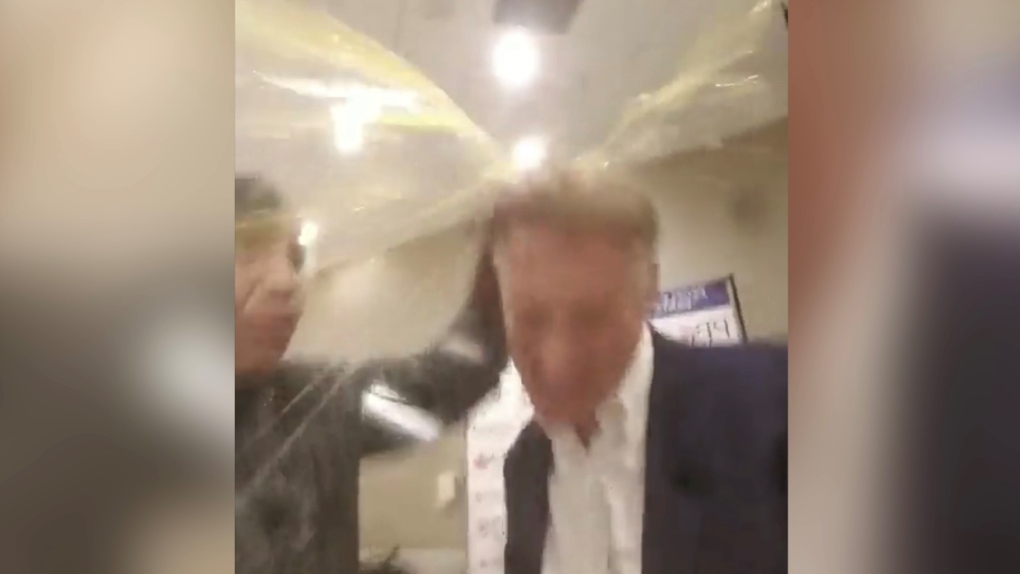 A screenshot of a video shared on social media where a man smashes a raw egg on Maxime Bernier's head during a campaign stop in Saskatoon on Sept. 2 (Source: Twitter/@Timothy58154191)

A screenshot of a video showing a Saskatoon man crack an egg over Maxime Bernier's head during a campaign stop in Saskatoon on Sept. 2. (Source: Twitter/@Timothy58154191)

In response to a question about whether or not the PPC campaign would look at adding extra security around Bernier, Masse said the party doesn’t hire security guards, rather there are always volunteers with him keeping an eye on what’s going on. Those volunteers are often police officers or veterans, Masse said.

“There is no screening at our events, everyone is welcome to come meet Mr. Bernier. This is not going to change,” Masse said.