U of S research could advance treatment for Cystic Fibrosis 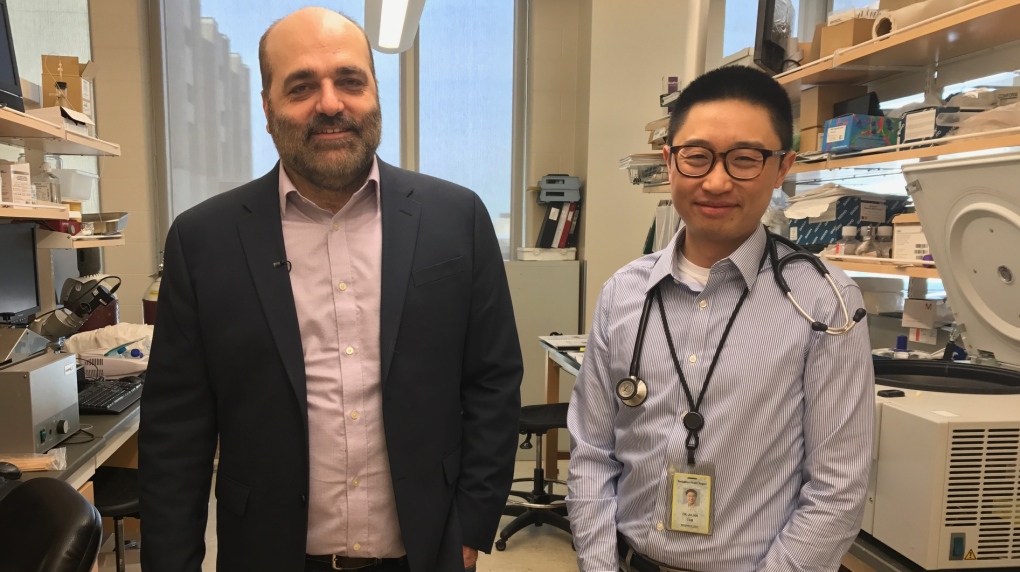 Dr. Juan Ianowski, left, and Dr. Julian Tam are part of a team that has made a discovery about cystic fibrosis treatment. (Saron Fanel/CTV Saskatoon)

Researchers at the University of Saskatchewan say they’ve made a break-through in cystic fibrosis research.

“Our hope is that we can actually harness this previously unrecognized mechanism and route to discover better treatment for cystic fibrosis down the line,” said Dr. Julian Tam, a respirologist at the U of S College of Medicine.

People living with the genetic disorder have thick mucus clogging their airways.

A treatment commonly used by cystic fibrosis patients is a salt-water solution inhaled through a mist.

The saline solution helps increase hydration to the lungs, which can reduce the risk of infections and troubled breathing.

A team of nine researchers at the U of S say for years it was believed the salt-water solution solely used osmosis – which increases the absorption of water – to hydrate the lungs.

However, they’ve discovered half of the hydration is actually being produced by airway neurons.

The doctors say this new understanding proves scientists haven’t fully understood how the body reacts to the treatment.

“Now that we know, we can add new things to the same mist to tell the nervous system to do more of this, less of that,” said Dr. Juan Ianowski, a physiologist at the U of S College of Medicine.

The team conducted the research on genetically modified pigs by blocking different branches of the body to see where and how the treatment is working.

The discovery was made possible through synchrotron imaging at the Canadian Light Source.

The researchers say the findings are promising, but they’re a long way from human trials.